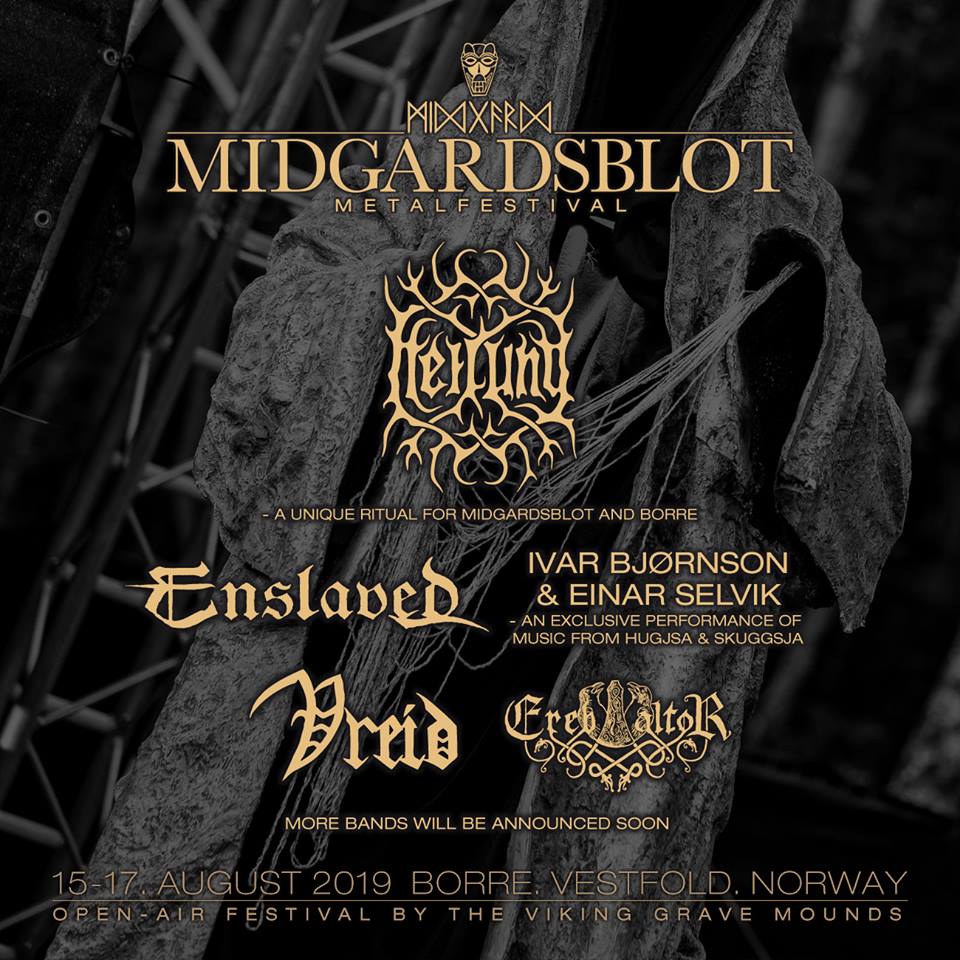 MYRKUR: FOLKESANGE
Danish Myrkur is lead by visionary Amalie Bruun, and focuses on the folk-orientated material from her award winning Mareridt
album alongside traditional songs. Choir girls, piano, cello and unique instruments combine to create an entrancing performance
firmly rooted in history, folklore and Myrkur’s forward-thinking and captivating approach to dark Nordic folk music.
With some videos reaching up to 15 million views online, Myrkur: Folkesange is making waves
even before a full album for this project has been released.
Prepare for a sonic nightmare you don´t want to wake up from at Midgardsblot in August.

TORMENTOR
Formed in Budapest in 1986, Tormentor is truly one of the most unique acts ever to emerge from the
extreme metal scene. Tormentor’s musical legacy can firmly be placed amongst other pioneering acts such as Bathory, Sarcofago and Celtic Frost.
We welcome the legendary vocalist Attila Csihar and the rest of the band to our festival!

GosT occupies the space amongst the muscular electro-house sounds of Justice, the rhythmic sheen of Perturbator,
and the industrial-black metal influence of Anaal Nathrakh.
This March he released his most extreme work to date, Possessor.
Molding his trademark buzzsaw basslines and crystalline synth leads together with amplified blastbeats,
GosT pushes forward to edges of synthwave and beyond – as he breaks the genre wide open and makes it his own.