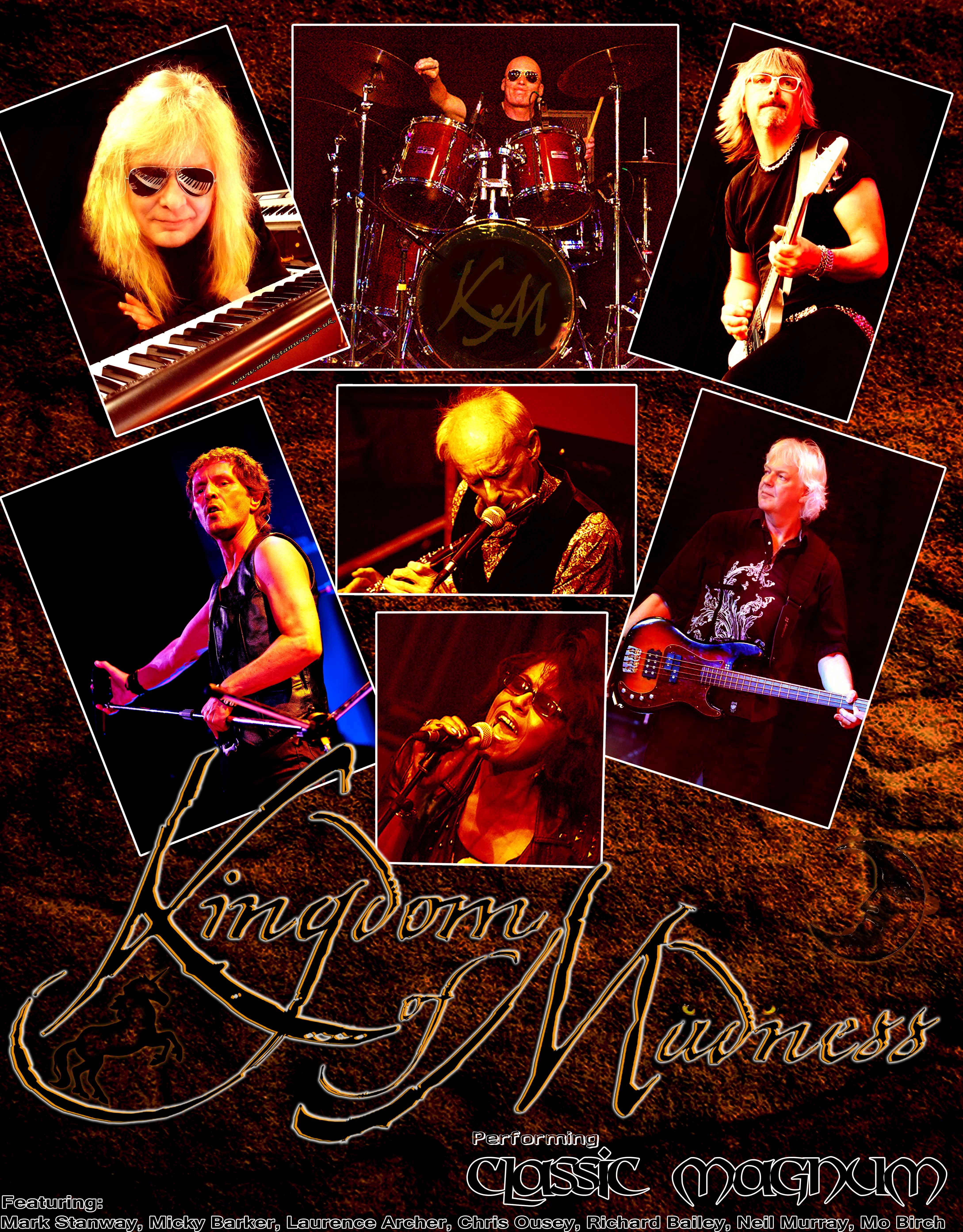 Members of MAGNUM‘s classic-era line-ups reunite for a celebration of the band’s much- loved back catalogue covering the period 1978-94.

One of the UK’s finest exponents of melodic rock music, Magnum achieved high album and singles chart positions in both the UK and Europe and gained a reputation as one of the hardest-working bands on the touring circuit, delighting audiences with concerts that were always captivating both musically and visually. Highlights of the band’s career include regular sold-out theatre tours including a memorable five nights at London’s legendary Hammersmith Odeon performed during 1988 together with headline appearances at Birmingham NEC and Wembley Arena, as well as appearances at major festivals.

Kingdom of Madness features Mark Stanway, Richard Bailey, Micky Barker, Laurence Archer and Mo Birch – all of whom have toured and / or recorded with Magnum – together with legendary bassist Neil Murray and acclaimed vocalist Chris Ousey – establishing a pedigree line-up of world class musicians.

"There is an extensive catalogue of great songs from the classic years of Magnum which have not been performed on stage in many years and which audiences have constantly requested" says Mark Stanway, keyboard player with Magnum for 36 years. "Having said that, I should state that we by no means consider ourselves a Magnum "tribute" – how can it be when five of the members have a shared legacy with the band?  I’m delighted to be working with Richard, Micky, Laurence and Mo again and in Neil and Chris we have two musicians with their own distinct history who will obviously bring their personal musical identity to the project. In addition, with our focus being firmly on the music from the earlier period, we do not perceive ourselves as being in "competition" with the current Magnum. There is more than enough music to keep both bands busy – a fitting testament to the song-writing of Tony Clarkin. "I’m truly looking forward to performing classic Magnum music with such a fantastic line up.

For all info and forthcoming shows please go to www.kingdomofmadness.co.uk and https://www.facebook.com/KoMClassicMagnum/