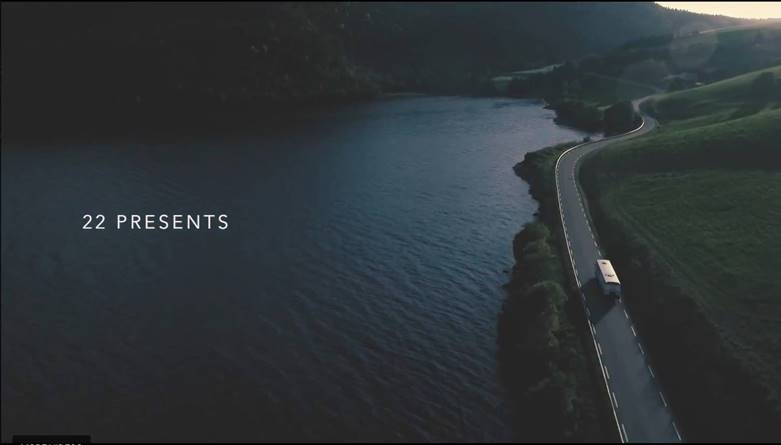 The band’s guitarist, Magnus Børmark, has commented:
“Sum of Parts" is part 1 of 22’s film quadrilogy enhancing the "YOU ARE CREATING" universe.
Through these films that can be seen as just music videos for our singles from the album, we explore the origin of HAL22000, – a Digital Human Synergy Device, in a slightly altered parallell universe to ours. Human abilities and emotional capabilities are uploaded to HAL22000, and he is to synergize these, and create outcomes that are more than the sum of their parts, -mimicking what happens when humans cooperate in real life, but in a clean, controlled digital environment.

In “Sum of Parts” we follow test subjects at a secret test facility as they are to be scanned and uploaded to HAL22000. This upload process does not go entirely as planned, and HAL22000 fails at his task, leading him on to new adventures and in to a sort of love relationship with the storyline’s main human character, “Akira” who we meet in the next film.

The video is mainly shot at the old mines of Malm, Norway, built in 1906, where the old buildings and areas stand untouched and unaltered since the mining activity abruptly stopped in 1997. There is a unique air of deceased industrial glory to this small village of Malm that we wanted to tap into, and the lovely people living there helped us out in every way possible when filming, and the whole cast, except for the band, are local people living there.
HAL22000 and some of the special props were made by Raymond Eide (artist and tech-punk guitar maker at Faust Guitars), embodying the aesthetics and quirky technology that we envisioned in this parallell reality of the YOU ARE CREATING films.