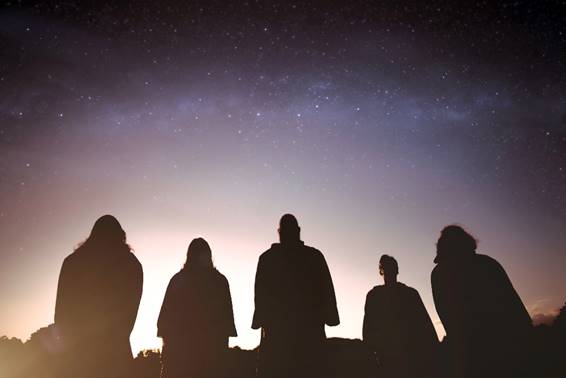 After their critically acclaimed sophomore album "The Wine-Dark Sea" earlier this year, London’s The Osiris Club will release their ever-first digital EP titled "Island Of Stone" on September 14 th via Indie Recordings. The upcoming EP is comprised of three psychedelic prog-rock tracks.

Island Of Stone: Based on the short story from the collection originally printed in 1988 ; The Wine Dark Sea, called The Wine Dark Sea, a strange surreal story set on a fictional Greek island, (see the front cover image for the single, the remix ‘Into The Silent Sea’ is an ambient noise re-imagining of Island Of Stone. We were happy to feature guest vocals by ‘Kristoffer Rygg’ from

Machinations is part of a double A side along with Island Of Stone and ties in with the Alan Moore influences from the first album, The Blazing World features in the League Of Extraordinary Gentlemen comics and was also the title of one of the first ever fantasy novels written by Margaret Cavendish, Sean decided to go with Moore’s Watchmen graphic novel as the source of inspiration for the song.