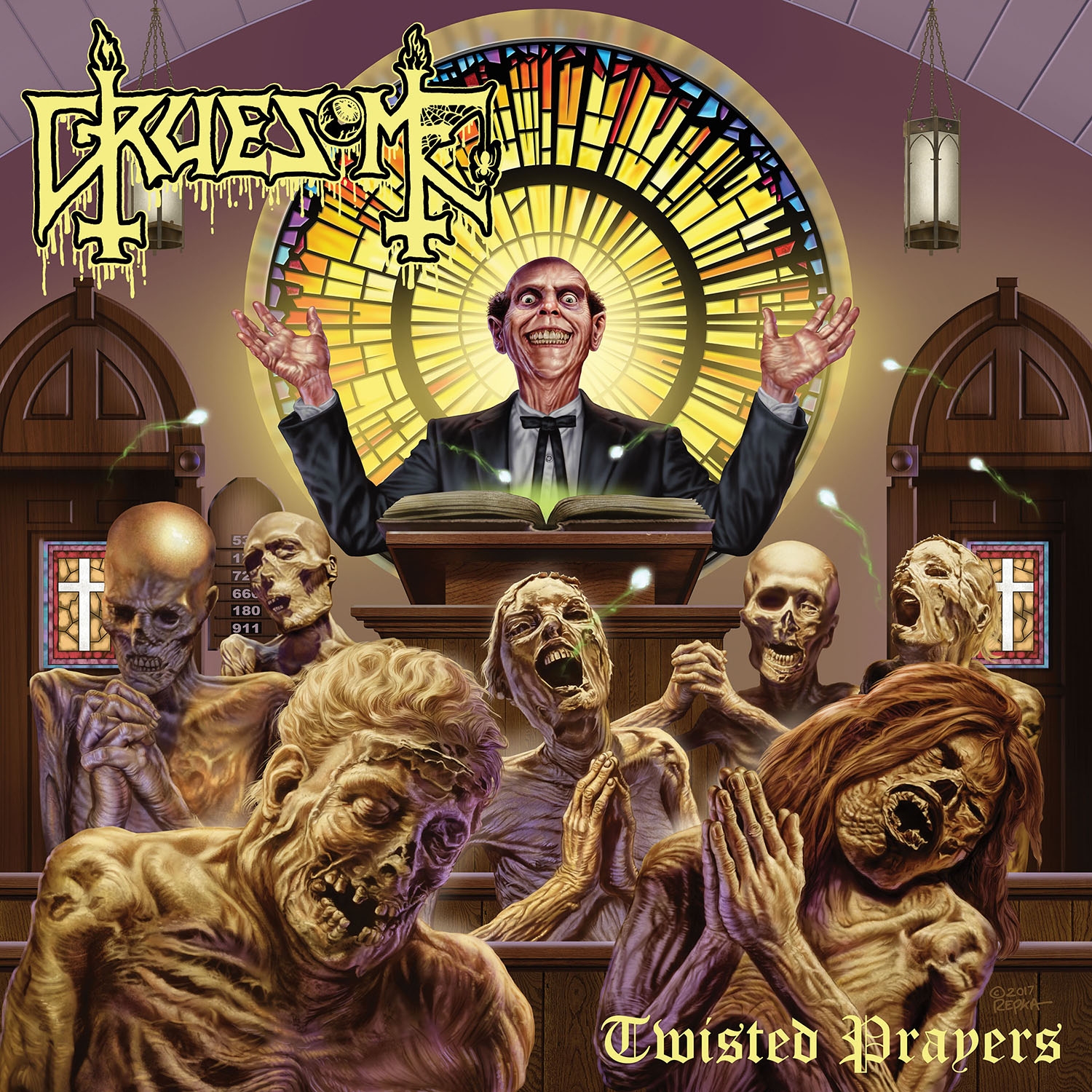 Gruesome’s debut offering entitled "Savage Land" blew me and seemingly everybody else in the metal community away when it hit the market back in 2015. It was a stunning record containing nothing but killer songs with great hooks and loads of atmosphere to them. Although not original as such, the quality of the songwriting was undeniable and everything about the album was just to die for. Following a couple of EP releases, Gruesome have returned from beyond the grave and unearthed a filthy new opus named "Twisted Prayers" consisting of eight dark hymns that are all rather catchy and morbidly delightful to immerse oneself in.

The thing is that Gruesome are a talented cast of musicians who are basically paying tribute to the sadly missed Death and the old death metal scene, which may sound like pure nostalgia and sentimentality to some of you out there, but the fact of the matter is that Gruesome have something brilliant to offer, namely extremely well-crafted and memorable songs that actually manage to evoke a sense and aura of early Death in a very respectful and charming manner. Some have labeled Gruesome a Death tribute band who just so happen to write their own material, but personally I think that they are so much more than that. Having said that, "Twisted Prayers" leans quite a lot towards Death’s "Spiritual Healing" record both in terms of style, mood, lyrics, and album artwork. Whereas "Savage Land" combined some of the best parts of "Scream Bloody Gore" and "Leprosy" and then infused those with Gruesome’s own way of writing and arranging songs, "Twisted Prayers" sounds even more like a Death tribute than "Savage Land" does. Regardless of that, "Twisted Prayers" is a highly enjoyable listen in that the tunes are concise and to the point but with just the right amount of twists and turns to them to warrant repeated listens. The jackhammer riffs and lethal guitar solos are like bullets penetrating that sloppy body of yours and Matt Harvey’s murky vocals are as convincing and cool as ever. On top of that, the vile and rotten mood of the album feels just right and it is sonically cohesive all the way through. Standout cuts include the sublime "Fate" and the pummeling album opener "Inhumane".

Although yours truly favors "Savage Land" to this 2018 record of theirs simply because it had better songs and never lost any momentum, "Twisted Prayers" is a great album that is bound to satisfy any lusting fan of 80s death metal out there.