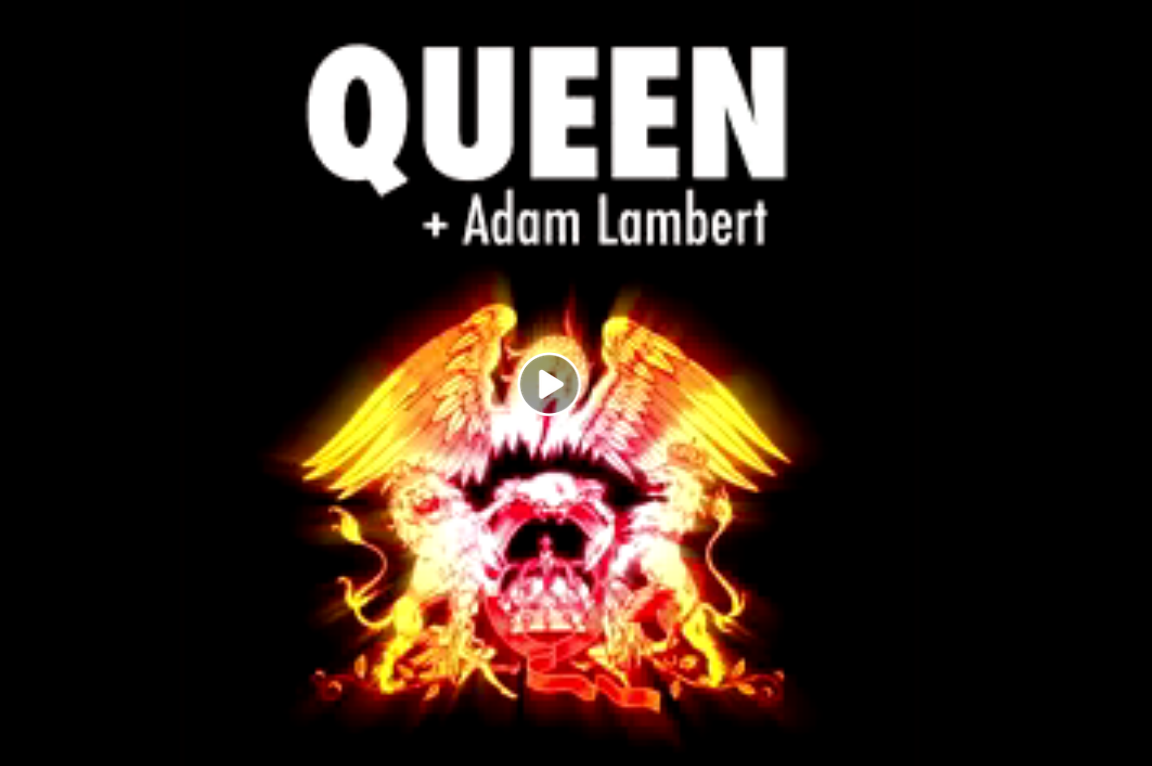 The legendary Queen plus the extremely talented vocalist that is Adam Lambert paid a visit to Norway’s capital city, Oslo, the other day and it turned out to be one of those amazing and mesmerizing experiences that left us all floored and wanting for more. The Telenor Arena was nearly sold out and yours truly was told that somewhere in the region of 22000 fans from all walks of life and different sub-cultures and whatnot had flocked to the venue. What a glorious thing that was to behold! The stage set looked fantastic even before the show actually started, which is saying something. Queen and Lambert went on stage around 7.40 PM and kicked things off with an energetic and fist-pumping rendition of "Tear It Up" and from thereon out there was no turning back as they plowed through such superb and timeless classics as "Seven Seas of Rhye", "Tie Your Mother Down", "Play the Game", "Fat Bottomed Girls", "Killer Queen", "Don’t Stop Me Now", "Bicycle Race", "I’m in Love With My Car", "Another One Bites the Dust", and "I Want It All", just to list the tracks that were aired during the first half of the concert. Lambert’s own "Lucy" also made an appearance and was a nice surprise to the set. Everything sounded robust and massive yet all the subtle details and nuances of the songs were preserved and clearly audible all the way through. There was a balance and bombast to the entire affair that was breathtaking and almost overpowering.

Singling out or picking highlights seems kind of daft because…well, we are talking about Queen here, for fuck’s sake! These guys are not merely some random act with just a couple of hits or classic tunes under their belts! But yeah, if I was forced to name a few standout cuts it would definitely be the love trilogy, i.e. "Love of My Life", "Somebody to Love", and "Crazy Little Thing Called Love". Thanks to modern technology, the former featured a heartwarming and extremely moving duet with Brian May and video footage (as well as vocal backing tracks, obviously) of Freddie Mercury. It was one of those things that defy words where you could hear half the arena sobbing and shedding tears of both longing and joy. Following an entertaining drum battle came two other highlights, more specifically "Under Pressure" and "I Want to Break Free", and both of them sounded as vital and vigorous as ever.  Riveting renditions of "You Take My Breath Away", "Who Wants to Live Forever", the Brian May composition entitled "Last Horizon", "The Show Must Go On", "Radio Ga Ga", and, not surprisingly, "Bohemian Rhapsody" followed suit. Following their two-hour main set, the band returned for the encores that were as follows; "Day-Oh" (taped version), "We Will Rock You", and "We Are the Champions". A taped version of "God Save the Queen" served as the band’s exit music, which was a most fitting way to cap off such a fun and memorable night.

Watching Brian May and Roger Taylor in action and their interplay as well their interactions with Lambert was marvelous and made the hair on my fat and sloppy arms stand up from time to time. Yeah, it was that awesome! Taylor may not be the most innovative of drummers, but he has a unique and special way of playing that immediately stands out and is recognizable, which is way more than can be said of so many other drummers out there. On top of that, he still possesses a great voice, which was a treat to listen to. Brian May is and always will be one of the finest guitarists to have walked the earth and there is no one like him out there. His way of crafting riffs and melodies is magnificent and he exudes warmth and charm up there on the stage. Each and every member of Queen deserves praise and respect. Not one single tone or beat was off and there was plenty of passion to it all.  The amount of discipline that was on display that night was just staggering. Visually, the concert was absolutely dazzling and inspired by (or built around) the "News of the World" album cover. Trying to describe it would be a futile exercise, so head on over to YouTube and watch some clips if you want a better understanding of what parts of it looked like.

As the name of the ensemble clearly indicates, this is Queen fronted by Adam Lambert, which is the perfect way of illustrating that May and Taylor of Queen are now touring with the aforementioned vocalist. It is also a clever way of stating that Freddie Mercury will always be the singer in Queen and that no attempt has been made to replace him as such. Rather, Queen and Lambert are keeping the musical legacy and utterly impressive catalogue of songs alive and visible out there on the stages of the world. People should lay the fuck off comparing the dude to Mercury and simply embrace him for the insanely skilled and fantastic vocalist that he truly is. Say what you will, but his swagger, attitude, and charisma suit the great Queen machine just perfectly. Those pipes of his are out of this world and as evidenced at Telenor Arena, he is in complete control of his voice.

If you ever get the chance to catch one of their gigs, then by all means do so. We were totally blown away by the entire spectacle. As my wife rightly pointed out afterwards, it was a life-affirming and beautiful concert that transcended words and common sense. Simply put, the Queen still reigns supreme – Long live the Queen!

DEADLY CARNAGE – Through the Void, Above the Suns