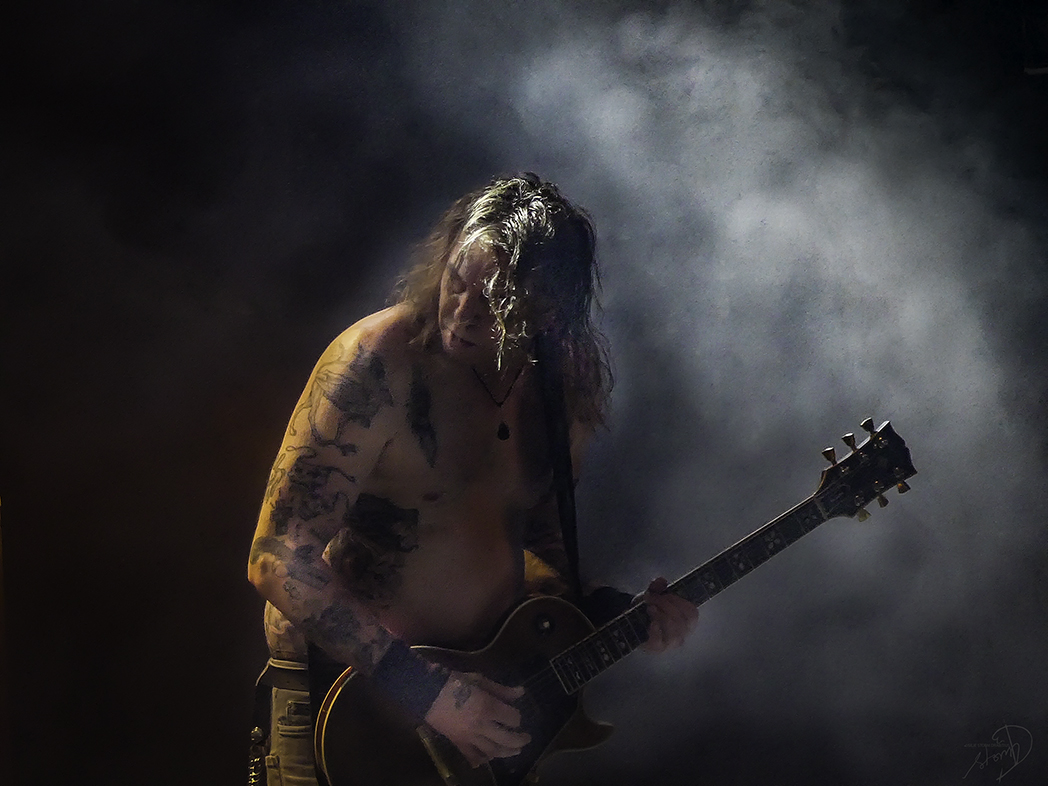 SLEEP live@Rockefeller, Oslo
Photo by Silje Storm Drabitius
May 22nd brought the the stoner/doom metal legends SLEEP to Oslo and to my pleasant surprise the event managed to fill the venue as it got rather difficult to find a good spot should you happen to extend the pre-concert beverage enjoyment. It was also the first time when I had to wait in such a long queue to enter the venue, so on a personal note I hope it won’t become a habit of delaying all concerts due the fact that the crowd cannot get in by the announced starting time.

SLEEP has toured US earlier this year, then did a month through Europe and now they seem to be back in the US with a lot of sold out shows. Which is well deserved considering the amound of awe they deliver per song. For me it is a rather recent discovery so now I can only regret the fact of not having had experienced them live before. I am still not sure how long the performance lasted, but I know that every note after another contributed to building up a massive sound and atmosphere, in which the band felt like a trio of otherwordly creatures who triggered a wave of madness and intense headbanging along the audience.

A shirtless Matt Pike delivered pure guitar delights that guided the spirits in various dimensions (yes, it was quite a journey this one), yet I was so mindblown by Al Cisneros’ bass grooves and rhythms which was simply hypnotising. Somehow ironic that Sleep brought to life such intense sensations, but I believe the musicians themselves must be travelling to their own worlds during while playing that kind of savage music.

While I will surely make a note of going through the band’s discography more often, I bet no listening experience can compare to witnessing the trio on stage and having them skillfully lead your senses.

LED ZEPPELIN – How the West Was Won (Remastered & Reissued)