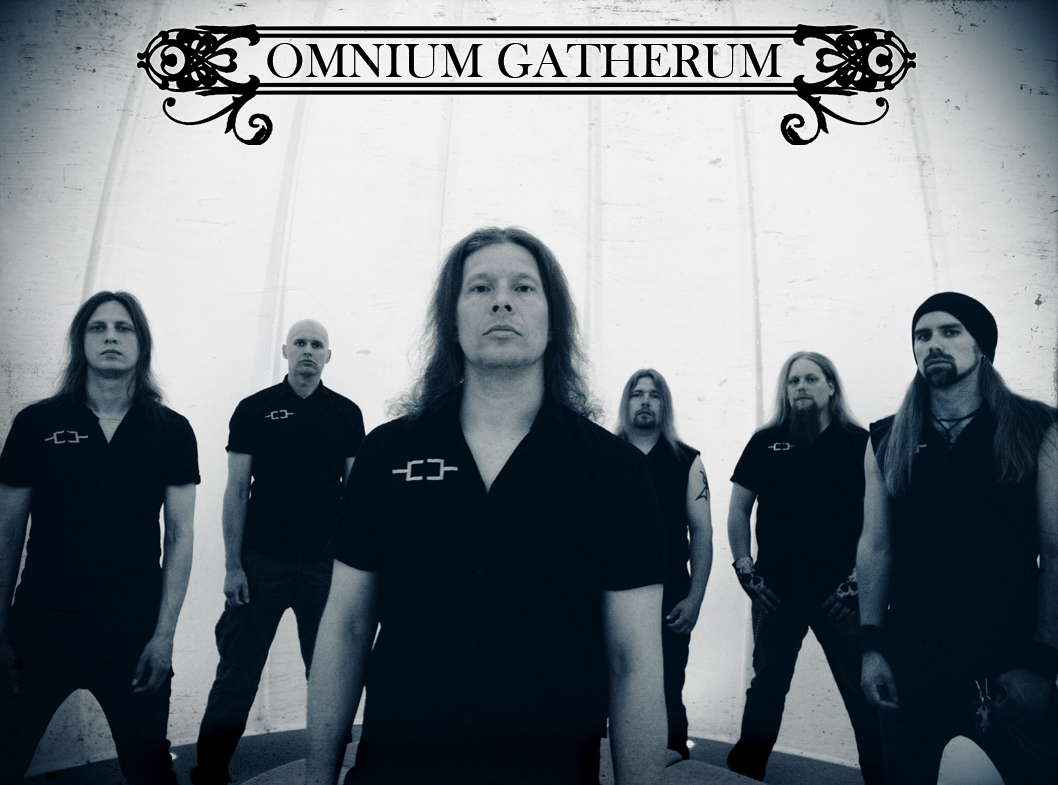 So you’re ‘in between’ tours for now. You did a rather long first leg of the ‘Arctic Circle’ Alliance tour with SKALMÖLD and special guests STAM1NA and at the end of April you will start part 2, which mainly includes venues in UK and Scandinavia. What do you guys use the ‘non touring’ months for? Is it music related or mainly catching up with real life?

Markus – Yeah, between tours indeed, but not very long haha. I arrived home yesterday from Insomnium tour, and leave to this OG tour next week. That maybe already answers, how I use my OG’s "non touring period" – tour with my another band.. We’ve been touring a lot with OG too, after the release of "Grey Heavens" and this Arctic Circle Alliance part 2 will be the last tour with this album cycle. Somehow we find time to compose and even already produce and record the next upcoming Omnium Gatherum album ready, and it’s in mixing process at the moment. On top of all this, we even have our "normal life’s and normal homes", surprisingly

Do you ever meet and end up talking about tour adventures for hours?

Markus – Yeah, of course. We’ve been together so long, so if we end up sitting down with the boys and have some beers, there’s endless amount of funny and not-so-funny happenings from the road..

Why was the tour not doable in one piece? What are the main obstacles you encountered or you wanted it to be a split tour from the beginning?

Markus – Schedulewise and logistically it was easier to execute this way. Mainland European tour, and after that split "the islands tour" a ka UK & Ireland, and Scandinavia separately. Also, the first chapter went that well, that our booking agent immediately saw some euromarks in her eyes and wanted mooore and more, haha.

How’s your music received in Scandinavia compared to the rest of Europe? I’m asking because there’s certain bands who do fantastic in Germany or in Southern parts and you rarely see them playing in the North.

Markus – We haven’t been touring Scandinavia that much, don’t know why. Only been touring there maybe twice, and haven’t headlined yet before this tour. Mainland Europe and North America and Asia have been going that well that they’ve been our main markets that we’ve targeted. So naturally they’ve stealed some light from Scandinavian touring. But now some things are gonna change via this tour. It’s weird that Finnish and Scandinavian bands have never been that big in the home regions, grass is always greener otherside, and maybe we’re more "exotic" sights and sounds abroad these home territories…

Markus – It means, that both bands play full headline set and we’ll rotate each night which band plays last. Even though the bands are very different the package was working well on part 1, and the Islandic partyboys are perfect gentleman buddies and good bus company.

All the 3 bands have quite a lot of members if I remember correctly. Does it get a bit crowded at times?

WHat are the lessons that touring has taught you best during these extensive tours all over the world? Like, what would you preach to a young musician who is about to hit the road for the first time?

Markus – Swallow all of your existing ego (if there’s one), learn team play and team spirit, give some space and respect to other traveling people, learn to dive into the cold shower (if there even is one), practice your liver. Nothing good comes over night, you gotta work hard and under discipline for years an’ years. Enjoy all small good things that happens along the road and growth.

It’s a pity you won’t get to enjoy more days at the Karmøygeddon festival. It’s one of the best I ever attended and I hope you will have an enjoyable experience there. But you’re surely gonna spend a lot of time on the roads in Norway.

Markus – I think this is the 3rd or 4th time I’ll play in Karmöygeddon so I’m definitely familiar with these parties, and it surely is a really cool event with always good bands playing and a nice athmosphere and a huge tall promoter guy haha! Last year we drive over the mountains from Oslo to Karmöy and it surely was fucking beautiful landscapes there with all the fjords and fjells et all. Your country definitely rules in epicness!

A lots of bands go on such extensive tours after releasing new albums. But your latest release is from 2016. I guess you chose long tours vs writing a new album? Is that more beneficial for the band in your opinion, to focus on touring insetad of releasing new materials?

Markus – We’ve chosen both! Like I said on the previous answer, I’m touring extensively with 2 bands, and still somehow in between gets the albums done. Touring is nowadays the only way to get your living from the band(s), and your music for the peoples ears. Playing live is where men are separated from the boys, your band is real only if it works perfectly live too. It’s too easy to blind and deaf yourselves in the studio vaults nowadays with software’s et all, and produce something that many bands are not capable re-doing in concert without millions of backing tracks and all. Omnium Gatherum is a real live band. Kind of like real rock’n’roll still, right O?

Also, how does that work on the merch? Do you have new items for each tour or you are quite ‘stuck’ until new material comes out?

Markus – We try to produce new merch for new tours usually. Depends how active or how lazy we are.

Is there anything in the making that the fans could look forward to? If yes, how many details can I get about that?

Markus – New album is already recorded, and Dan Swanö is mixing it at this very moment. It’ll be released early autumn, maybe that’s something for fans to look forward to?

I saw you guys on the 70k of metal cruise and you got to ‘host’ on of the shore excursions while in Haiti – a boat tour along the island. It probably means you enjoy interacting with your fans. How was the experience for you guys?

Markus – First it was pain to go to the OG hosted shore excursion for us Finnish under the disease of hangoveric antisocialism. BUT good things happened – we found a lil’ bar corner from that excursion boat, got some rum & coke in the Caribbeans, and soon after that we recovered for real party pirates, and in the end we had a real good time with the fans there. Really exotic happening have a lil fan cruise in Haiti in between all the local fishermen trying to sell you all the weirdo crabs and fishes straight from the ocean. Good times!

How was the whole 70k experience? Is it better than touring?

Markus – Well, 70k is something else. It definitely else something completely different than touring. Always good gigs, good crowds and all the fans and bands are partying together, so there’s completely different mood than in normal tours or festivals. For example, once I was watching At The Gates concert from the hot tub with fans that carried me endless amount of new cocktails on and on. Not bad times at all!

Many thanks for taking your time to answer my questions and hopefully you will have a blast at the three concerts in Norway!

Markus – Thanks, looking forward to play in your beautiful epic country once again. Take care!