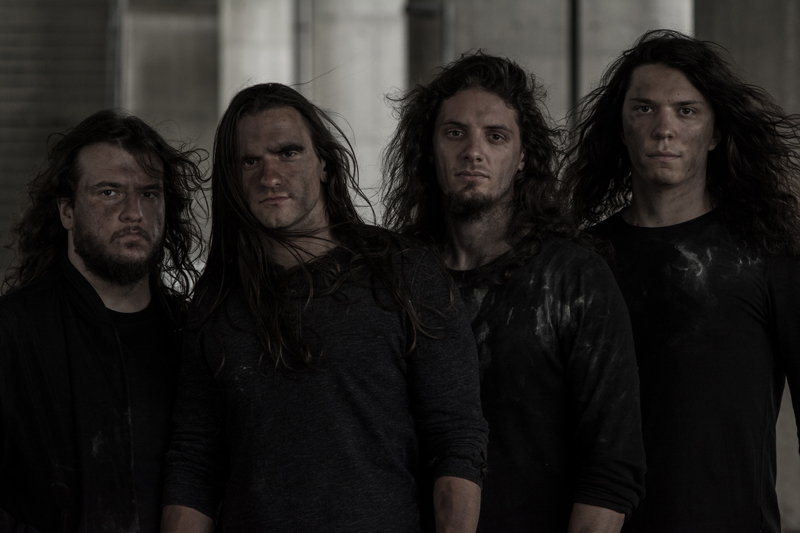 taken from album with same name

The Pre-order
-will start April 25th-
The Statement
As the title suggests, the title track from our debut album is heavily influenced by both George Orwell’s “1984” and Aldous Huxley’s “Brave New World“. It represents the final chapter in the album’s storyline, portraying the dreadful final hours of the protagonist in which he is tortured, and stripped of every last bit of humanity, dignity and identity – a fate worse, or equal to death.
“The Odyssey to Room 101” is the longest song on the record, but is also probably the most versatile, and dynamic. It is intense, powerful, angry, and yet melodic and structured at the same time. It really sums up the essence of the band up until this point.
Filmed and edited by the young Djordje Stojiljkovic, the video gruesomely depicts the final chapter of the album’s story and can be watched below. It is following the release of the first two singles "Danse Macabre" and "Blood Honey" from the same album.
The Biography

The nucleus of this Serbian technical thrash band dates back to 2005, when Đorđe Luković (guitar and backing vocals), Marko Danilović Tihi (drums) and Luka Matković (guitar and lead vocals) formed a band at a tender age, hailing from Belgrade, Serbia. After the break up of that band, Luka and Tihi formed Fatality and their partnership continued throughout the years, when they finally joined Space Eater, a legendary Serbian thrash metal band, in 2009, in which they were joined by Đorđe, just a few years down the line.

Under the Space Eater flag, they toured Europe twice, recorded two albums (“Aftershock” and “Passing through the Fire to Molech”), played the legendary Exit festival, etc. With more than enough experience under their belt, the three members decided to leave Space Eater and form a band of their own, recruiting yet another old acquaintance, Miloš Tomasović (bass guitar and backing vocals).

In 2016 the four members settled upon the name “Quasar-born”. Their debut album is recorded and mixed and ready to go, and while their musical roots are still firmly rooted in the late 80s thrash metal style, there is a lot more variety this time around, with influences creeping up out of numerous genres (such as death, black and heavy metal, classic and progressive rock, and even some jazz and ethno).

Besides the music itself, what Quasarborn really takes a lot of pride in, is the fact that that they are a DIY band. Their music is recorded and mixed by Luka (for Citadela Sound Production) and Tihi is the one responsible for all the visual material. Quasarborn are currently working on releasing their debut album and playing shows throughout Europe (Exit Festival and Revolution Festival Timisoara, among others). So stick around and embark on the odyssey to Room 101 with Quasarborn!

The new album, featuring 9 songs and 2 interludes, is due for release on May 18th and was recorded, mixed, mastered and produced by Luka Matković in Citadela studio, Belgrade.

CRAFT release the first track, cover art and details of their forthcoming album