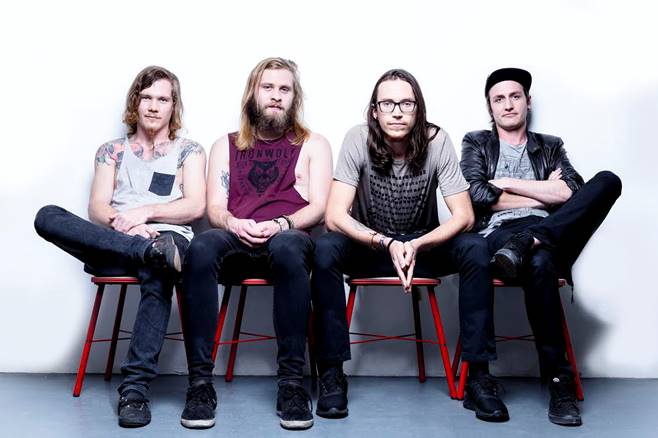 Cape Town’s OHGOD are very happy to announce dates for their German tour that will see them playing Dunk! Festival and Pelagic Fest.

An elegant instrumental blend of the soft spacey echoes of post rock, the intricacies of progressive rock/metal and a diverse amalgamation of other musical elements. This blend forms the unique sound that is OHGOD. A four piece band currently based out of Cape Town. A band whose pure passion can be observed through their energetic and mesmerizing live performances, putting a face to the music. Taking the listener on a psychedelic journey through realms and soundscapes created by captivating rhythms and skilfully created blissful tones.

OHGOD has shared the stage with multiple international artists like Protest The Hero, Karnivool, Katatonia, Monuments, 36 Crazyfists, Memphis May Fire and Intervals. OHGOD released their debut full length album The Great Silence on the 9th December 2017 to widespread critical acclaim.

Produced independently by the band, with David Houston (Lead Guitar) spearheading the recording and production of the album, hich took place at Sound And Motion Studios and Twelve Eleven Studios in Cape Town. t was mixed and mastered by South African producer now based in Canada Dylan Ellis, who was responsible for Hokum’s masterpiece The Money Eaters.

“Dylan Ellis was super nice to work with, he was super calm and professional and made it easy to transate what we wanted in the sound into the mix” – Danny Harris, drums.

“The album is a journey through a glorious progressive rock instrumental landscape.” – www.recordingstudios.co.za
“OHGOD is still one of the most enigmatic bands in our city.” – Texx and The City
“Anybody who has seen OHGOD live on stage before will realize that the aural-emotive experience would likely be hard to capture mechanically in recording. Today, the moment of truth reveals itself with the first tangible piece of the album arriving in the form of Hungry Ghosts” – Metal4Africa
“OHGOD had an over-abundance of spirit and beauty to put the crowded audience on a space trip to Titan” – SA Music Scene

Album can be heard n various platforms, including Spotify, BandCamp or Itunes.

Watch the video for the 1st single Hungry Ghosts