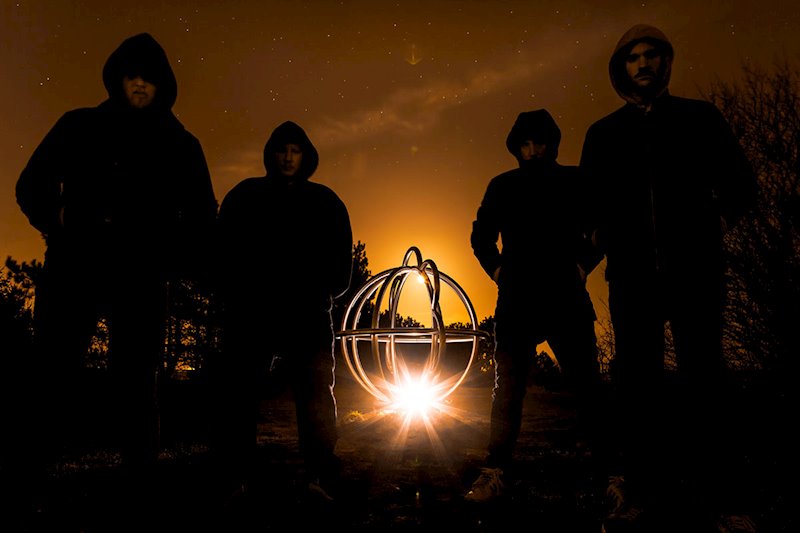 "Armada"
From the forthcoming new album

The Pre-order
http://bit.ly/llnndeadsEU
The Biography
Copenhagen’s LLNN burst onto the international scene with 2016’s critically acclaimed debut album „Loss“, a sheer display of „absolute raging rawness“, as Terrorizer put it. But there is more to LLNN‘s sound than that: „the wavering drone synths that are effortlessly merged with a raw hardcore-driven darkness define the subtle idiosycratic nuances of LLNN’s very unsubtle, painfully overwhelming sound“ (The Sludgelord).

After a split EP with LA’s WOVOKA in the summer of 2017, LLNN now return with their sophomore album, „Deads“, which evades all the pitfalls of the sophomore slump. Produced by Jacob Bredahl and mastered by Tue Madsen, „Deads“ is an erosive, abrasive, dystopian, apocalyptic monolith of monstrous dimensions: more compact, yet more complex and organic all at the same time. LLNN have now perfected the amalgamization of the stringed instruments section (bass, guitar) with keys player Ketil Sejersen’s dominant 80’s Sci-Fi movie-esque synth layers, which are inspired by composers like Brad Fiedel, Vangalis, John Carpenter and Stanley Kubrick as much as by Sci-Fi / horror games like Silent Hill, Dead Space, Halo & Limbo.

„Some of the synth sounds on the album consists of recordings from everyday sounds transformed into eerie soundscapes, for instance the sounds of boiling water“, drummer Rasmus G. Sejersen comments. „We wanted the soundscapes to be a persistent and dynamic underlay of sounds that influence the music’s core and soul throughout the entire album, together with all the riffs, rhythms and vocals“.

It doesn’t come as a surprise that this band triggers the interest of movie soundtrack designers like the award-winning Peter Albrechtsen, known for his work on movies like „Dunkirk”, “Antichrist” or “The Girl With The Dragon Tattoo”: ”As a sound designer for movies, I love when music feels like a sonic adventure. I’m obsessed with music that explores what sound can do to our body, to our mind, to our imagination. LLNN ‘s new album is one of the most overwhelmingly intense records I’ve heard in quite a while and the way it blends abstract ambient sounds, shattering rhythms and extreme noise is both hypnotic and powerful. The sense of sonic detail is staggering and for each spin I hear new elements, echoes, textures and my mind gets new visual associations. Sometimes it feels like the soundtracks of Apocalypse Now and Eraserhead has been melted together and blasted through a ferocious guitar amp – these songs have both a sense of impending doom and an extraordinary combination of raw energy and gritty beauty.“

Not much else to say, except this: LLNN will be unleashing their custom take on contemporary post metal supporting Vancouver’s BISON on their April European tour, including performances at Roadburn, Desert Fest (London) and Pelagic Fest.