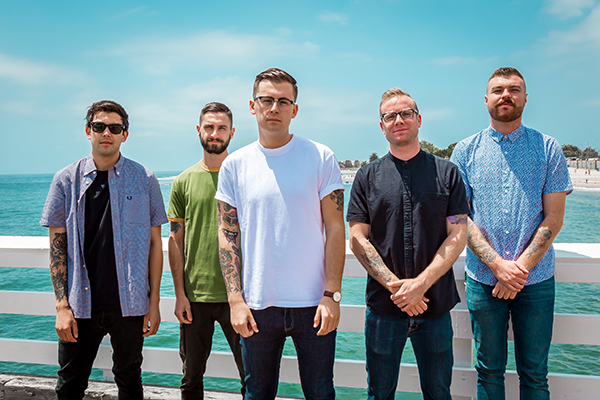 SEAWAY have just a video for ‘London’, taken from their excellent new album ‘Vacation‘ which was released via Pure Noise Records.

On the video singer Ryan Locke says "Shooting the video for London was probably the most fun we’ve had in the winter outdoors since going to igloo parties in high school. We can’t wait to be playing the new single along with many more songs from Vacation for the first time in the UK on our upcoming headliner. Joining us will be the UK’s best up-and-comers Lizzy Farrall and Woes, it’s shaping up to be a musical experience like no other".

Formed in 2011, SEAWAY is Ryan Locke (vocals), Patrick Carleton (guitar, vocals), Ken Taylor (drums), Adam Shoji (bass), and Andrew Eichinger (guitar). The band has become known for their highly infectious brand of pop punk – one that strikes the perfect balance between the two styles and recalls a time when the genre centred on having fun.

SEAWAY released their debut album "Hoser" in 2013. The following year, the five Canucks signed to Pure Noise Records to release their follow up EP, "All In My Head". Their sophomore full length "Colour Blind" was released in 2015 via Pure Noise Records following an entire summer on the Vans Warped Tour.