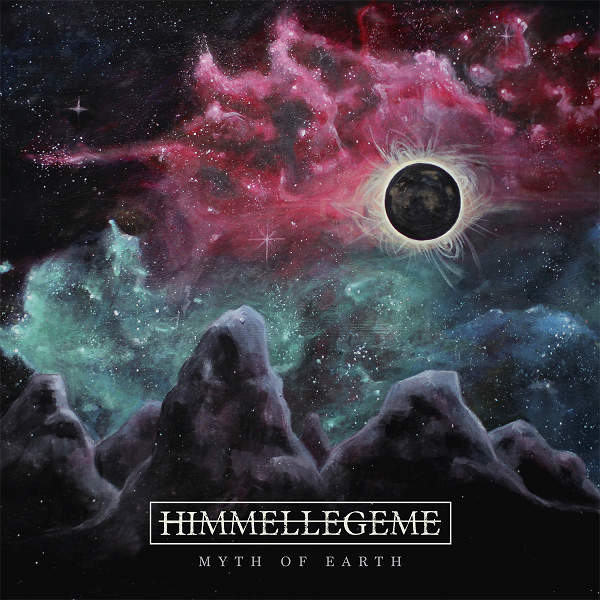 The Norwegian entity named Himmellegeme, which hails from the city of Bergen, completely blew me away by means of this exceptionally well-crafted and cleverly written debut album entitled "Myth of Earth". While these guys seem to hover and float somewhere between dark progressive rock and melancholic psychedelia, there is no doubt in my mind that the members of Himmellegeme have stumbled on something unique here and that they have already managed to establish a sound and a musical identity that they can rightfully claim as their own. "Myth of Earth", which contains seven sprawling compositions, is unarguably one of the year’s best albums so far.

The album opener is stunning in every sense of the word. Crushing and bombastic, but infinitely beautiful and soothing as well, it just so happens that no words can possibly summarize just how brilliant and moving "Natteravn" truly is. This is quite simply one of the most amazing songs I have ever come across. That almost fragile balance between the soaring, soul-searching vocals and those huge, pulverizing chords is out of this world. Luckily, the rest of the songs follow suit in terms of variety, style, passion, and intensity. "Hjertedød" is yet another morose gem, the title track is mesmerizing, and "Breathe in the Air Like It’s Fire" strikes the perfect balance between being both epic in scope and intimate. Suffice to say that the remaining three cuts pretty much rule as well. My only complaint is that "Fish" lacks a bit of drama and climax compared to the other tracks, but that is about it, really. The depth, substance, and layers of the song material are haunting and will make your head spin.

There is so much more to this album than just the memorable riffs, the great melodies, the rock-solid production, and the superb musicianship. The whole cursed thing is so emotionally charged and explosive that it hurts. This fucker needs to grow on you, but if you do devote a sufficient amount of time and energy to it, you shall be rewarded accordingly. I can think of no better soundtrack to the dreary and cold autumn that will soon be upon us than "Myth of Earth". Dark, cinematic rock at its finest!