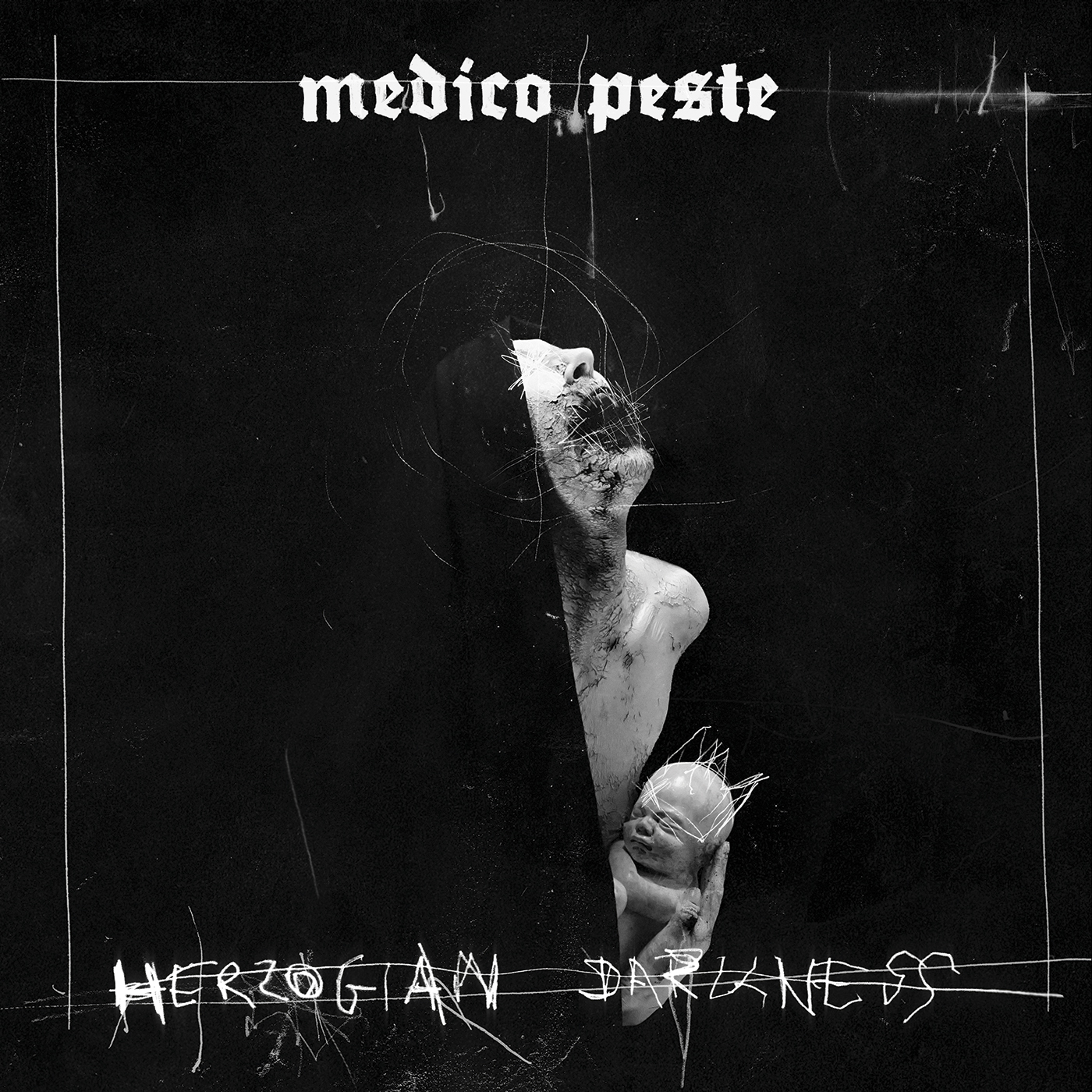 The Polish horde named Medico Peste released this wonderfully sickening and morbid 26-minute long black metal opus entitled "Herzogian Darkness" a few months ago and there is plenty of reason to check this sucker out if morose and disease-ridden sounds from the deepest pit of hell appeal to you.

While the four songs that constitute the EP (one of which is a Bauhaus cover tune) are violent and sharp as razors, there is a lot of diversity to be found within them. Nothing is ever truly straightforward or easy to digest and yet somehow those Medico Peste scumbags manage to conjure up a sense of something hypnotic and trance-like. The riffs are twisted and haunting, the melodies reek of nihilism and death, the vocals are varied and utterly convincing, and the atmosphere that permeates the record is infinitely dark.

At times it sounds and feels as if one is caught in a vortex of madness and destruction, but the whole thing is structured and organized, so there is a good balance there, I think. One could argue that Medico Peste are slightly similar to or at least occupy the same musical terrain as MGLA, Temple of Baal, Hell Militia, Aosoth, Kriegsmaschine, and the likes, but that would be selling the band short as Medico Peste possess both an expression and a feel that they can rightfully call their own.

Fans of orthodox black metal as well as fans of aggressive and claustrophobic black metal in general ought to check this one out immediately.

WAYWARD SONS – Ghost of Yet to Come