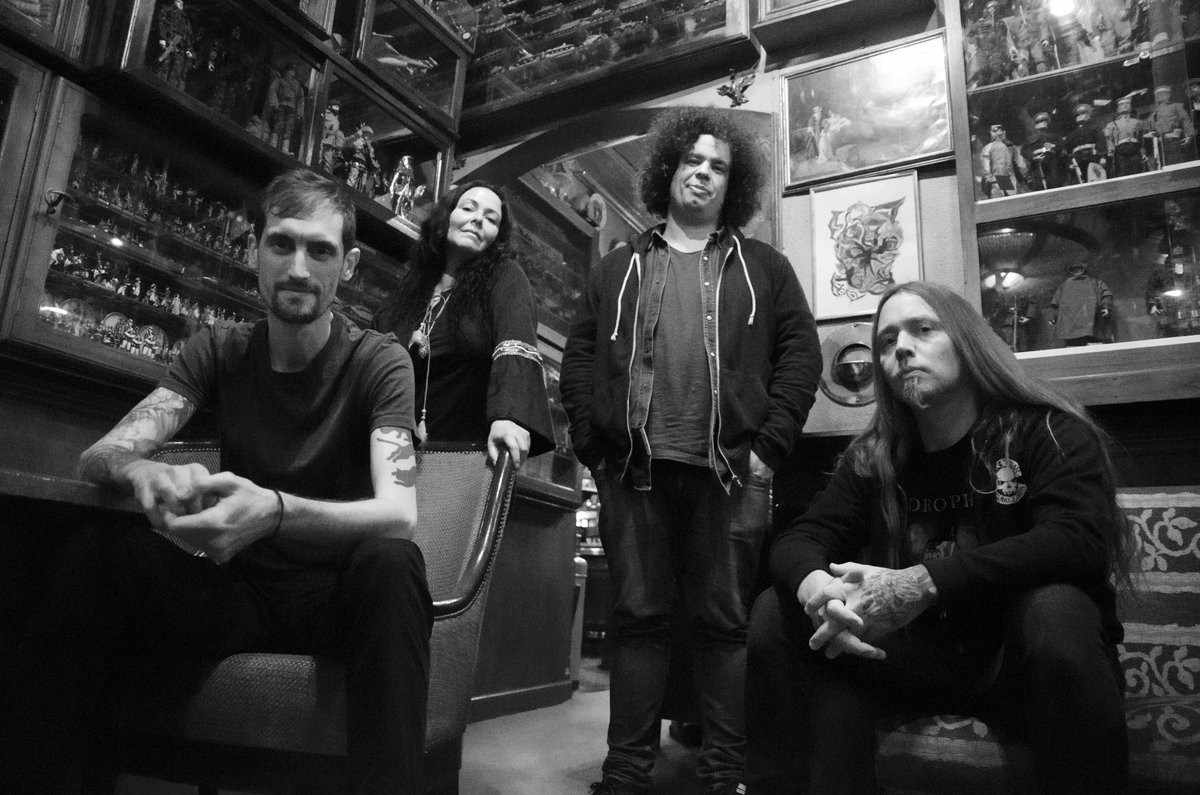 EARTH ELECTRIC are the new exciting brainchild of Rune "Blasphemer" Eriksen. The Norwegian mastermind is known and praised for his stylistically diverse output within a mostly metal framework, which includes highly acclaimed compositions for MAYHEM, AURA NOIR, AVA INFERI, and TWILIGHT OF THE GODS.

With their debut album ‘Vol.1: Solar’, EARTH ELECTRIC turn out to be a quite different beast again. Eriksen is drawing heavily from classic rock influences including such giants as DEEP PURPLE, BLACK SABBATH, and PINK FLOYD. Those roots are rather hinted at than clearly visible and the Nordic track-smith has always made sure to hammer them into an individual shape of his own twisted liking.

About the newly released video, the band declares "We are proud to finally present our first video for a song taken from our debut Vol.1 Solar. The clip has been brought to life by our long-time friend and collaborator, Costin Chioreanu. Together, we have created a spaced out fun journey with an underlying strong symbolic theme. Open your mind and overcome the obstacles in your way! Enjoy! EE"

Album can be ordered here: http://smarturl.it/EarthElectricShop

EARTH ELECTRIC were formed by Rune Eriksen in cooperation with AVA INFERI vocalist Carmen Simões in early spring 2014, who graced the project with her ethereal soprano, which has also been enlisted by MOONSPELL on several recordings and live productions. The couple’s renewed cooperation was based on a mutual desire to explore today’s opportunities of creating energetic and extrovert rock. The duo enlisted the help of their friends Luigi "Gee" Anzalone from DRAGONFORCE and DORO band member Luca Princiotta and recorded a 3-track demo, entitled "2014" at Ultrasound Studio, Portugal in September 2014.

After completing the demo, the two core members decided to turn into a heavier and slightly more progressive direction, while the overall concept became more ethereal. EARTH ELECTRIC added GROG and NEOPLASMAH bassist Alexandre Ribeiro and Ricardo Martins, who also drums for JIBÓIA and PAPAYA to their line-up. The London based keyboarder Daniel Knight from the progressive UK rock band MESSENGER completed the crew for the recordings.
‘Vol.1: Solar’ was mainly recorded at Orgone Studio under the direction of acclaimed producer Jaime Gomez Arellano (GHOST, SÓLSTAFIR, PRIMORDIAL), who also signed responsible for mix and mastering in late summer 2016. Now EARTH ELECTRIC are ready to rock the world with their stunning debut.