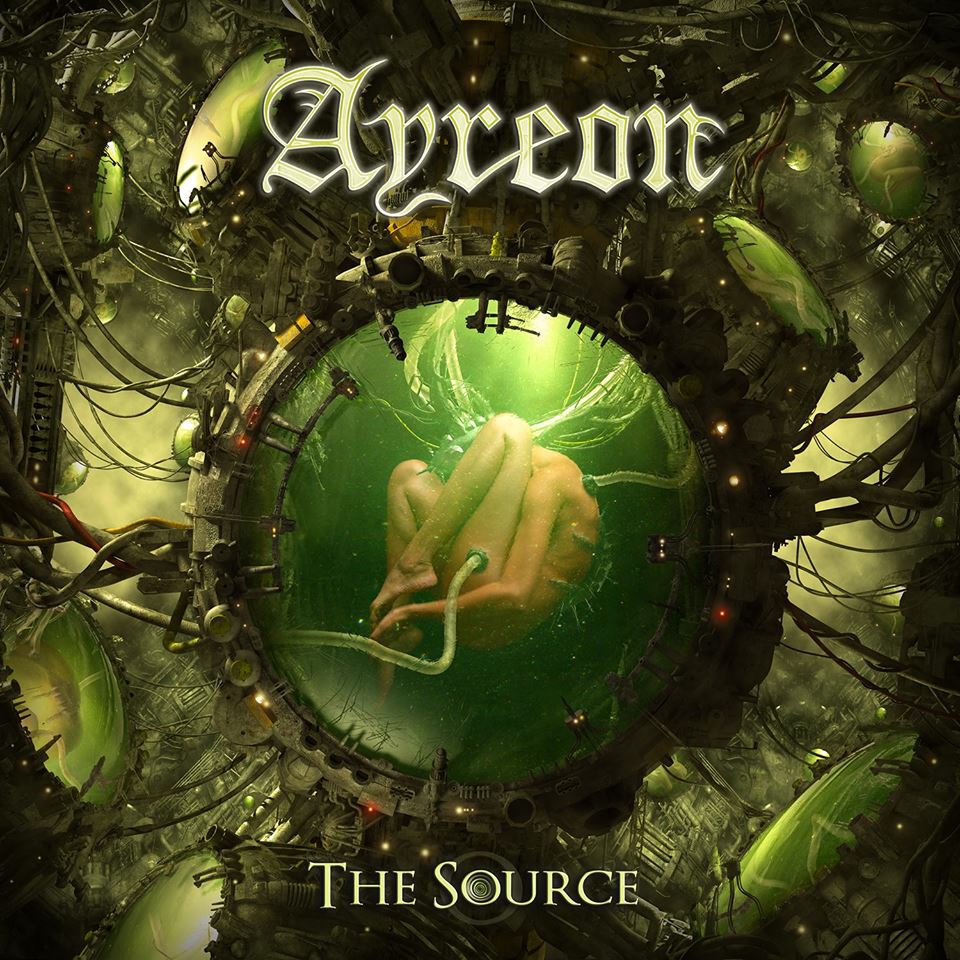 The innovative and progressive musical force that is Ayreon, or rather multi-instrumentalist Arjen Lucassen, is back with yet another highly complex and captivating concept album that is downright mindblowing at times. This 2CD release consisting of 90 minutes of Ayreon’s original and characteristic progressive metal is a return to the "Forever" saga that was chronicled on past albums.

The Ayreon sound and style as well as Arjen’s clever way of arranging the songs are firmly in place here. Nothing has changed as such. "The Source" reeks of Ayreon for all the right reasons. There is a near-perfect balance between all the different parts and sections, be they symphonic and progressive ones or mellow and semi-jazzy ones. Everything flows together nicely and yet there is no way in hell one can predict what is waiting right around the corner. In other words, one should expect the unexpected. What is truly stunning is that somehow Arjen manages to make it sound cohesive and coherent without making it sound trivial or predictable. Nothing is left to chance here. The musicianship is superb all around and the production is suitably edgy and hard-hitting, yet warm and spacious too. Contrasting moods ranging from the uplifting to the morose and further on to the aggressive and triumphant unfold throughout the songs. Moving compositions such as the haunting "Sea of Machines" and the wonderfully orchestrated and bombastic "Star of Sirrah" are but two of the highlights of this album. "All That Was" is another favorite of mine with its almost folk-like vibe and female vocals. Other cuts that work like wonders are the energetic "Run! Apocalypse! Run!" and the epic and cosmic "Deathcry of a Race". "Into the Ocean" and "The Source Will Flow" also deserve special mention. "Aquatic Race" is the one track that sticks out like a sore thumb in that it is nowhere near as cool as the others and just seems to go on going nowhere.

One of the strengths of "The Source" is the use of so many unique and different vocalists, which truly adds variety to the whole affair. As to the lyrics and the storyline of the record, I will not reveal or give anything away here; you should immerse yourself in all of that stuff on your own while listening to the dramatic and intense songs that accompany them. Truth be told, they are less interesting than the actual music, but they are nevertheless an essential ingredient here, so pay attention to them, will you?

The record is convoluted and frustratingly difficult to unlock at times, which can be a bitch, but it is not indecipherable. It simply requires an awful lot on the part of the listener, which means that you must be willing to dig deep and spend a long fucking time on it in order to be able to absorb and digest its many layers, details nuances, shifts, and textures. Featuring an impressive list of guest musicians and contributors such as James LaBrie (Dream Theater), Floor Jansen (Nightwish), Russel Allen (Symphony X), Paul Gilbert (Mr. Big), and many other renowned artists, "The Source" is everything that any fan of Ayreon could have hoped for. If progressive and operatic metal of the highest order is what you crave and desire, look no further than "The Source". It will serve all your needs.

HAWKWIND – Into the Woods