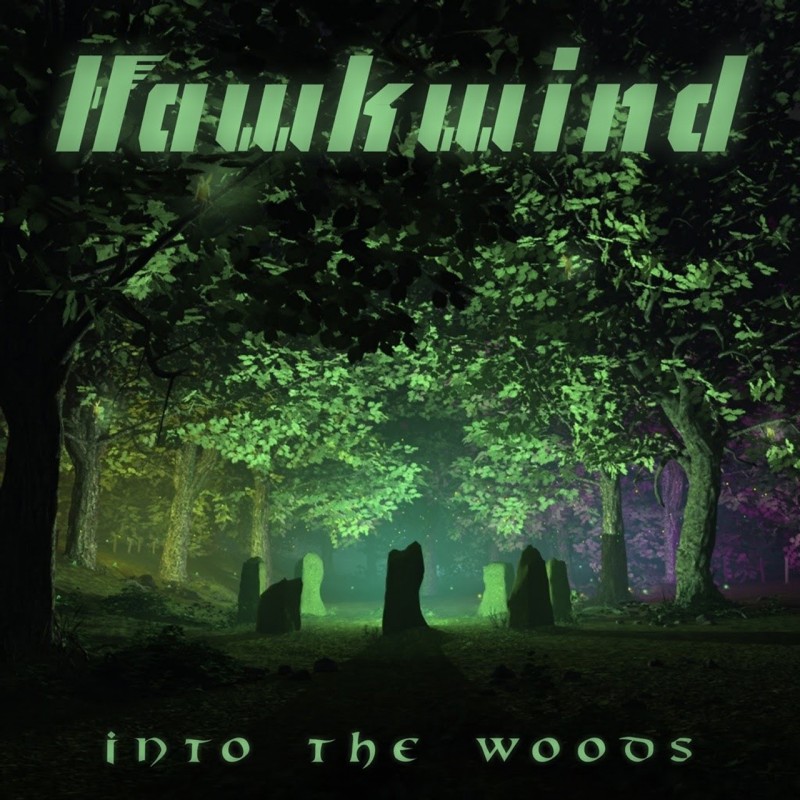 HAWKWIND – Into the Woods

The legendary space rockers that are Hawkwind still reign supreme! 2017 saw the release of "Into the Woods, their 30th album so far, and the band sounds as strong and vital as ever. While the psychedelic tendencies and otherworldly vibes are still very much present in Hawkwind’s material, "Into the Woods" is in fact a bit of a departure in terms of its mood and atmosphere, or perhaps rather its theme. As the title hints at, this 13-track effort has a more folk-like and rural current running through it, which is perfectly exemplified by cuts such as "Ascent" and "Cottage in the Woods", but fear not; we are not talking about Jethro Tull or some shit like that. Hawkwind goes deep and there is substance and texture to be found here, my friend. There is something amazing about the way in which the album moves between the different compositions in a cohesive and coherent manner and how the raw guitars, the intense drumming, the crazy effects, the rumbling bass, and Dave Brock’ characteristic and wonderfully weird vocals are woven together. The band’s pioneering sound remains intact. It is as simple as that.

"Into the Woods" ranges far and wide in terms of diversity and variation. The edgy and intense "Space Ship Blues" (which contains banjo!) is different to the rocking and catchy "Vegan Lunch", just to list an example, but the point that I am trying to make is that the songs all complement each other and yet each of them brings something different to the table. Lots of wicked riffs and melodies abound too. Listen to those superb guitars that rule "Magic Scenes" – phenomenal stuff! The bizarre melancholy of "Wood Nymph" is a thing of beauty. The same goes for "Darkland". The crowning achievement, however, is the 9-minute epic "Magic Mushroom", which is filled to the brim with twists and turns that will drive you mental. The only one that does very little for me is "Have You Seen Them?", but that is about it.

Sonically and musically, the album totally slays and possesses all the traits that we have come to associate with the best and most interesting parts of Hawkwind’s discography. Not only is pretty much each tune compelling, but the record as a whole has a highly seductive charm and atmosphere to it that is impossible to shake. "Into the Woods" is not the most accessible Hawkwind album nor the easiest one to digest and absorb, but it is totally essential nonetheless. This is way up there and stands tall and proud as one of the band’s most captivating records, which is saying something when considering the fact that these guys have been at it for 45 years or thereabout. Approach this fucker with an open mind and allow your inner being to travel to strange woods and even stranger dimensions that lie far beyond us mere mortals. The terms prog rock, space rock, and psychedelic rock often come into play whenever the discussion revolves around Hawkwind. The thing is that Hawkwind is all of those things and yet so much more. "Into the Woods" is proof of that.

SECRET SPHERE – The Nature of Time