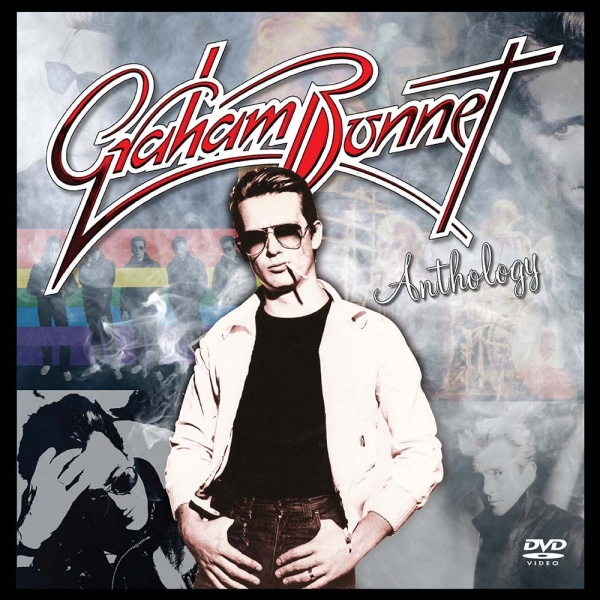 This career-spanning anthology comprised of songs from legendary vocalist Graham Bonnet’s impressive and inspiring discography is a treasure chest of great music. As many of you know, Bonnet has fronted such renowned and awesome bands as Rainbow, Forcefield, Alcatrazz, The Marbles, the Michael Schenker Group, and so on and so forth. To cut a long story short, the man has been at it for fifty years and shows no sign of slowing down. The Graham Bonnet Band is firing on all cylinders these days and are currently touring their "The Book" album from last year. Yes, Graham Bonnet rules; he always has and he always will!

The brilliant thing about this anthology consisting of 36 tunes plus a DVD (unfortunately, I never received the DVD-part of the release, so I am merely focusing on the two CDs here, folks) is that it offers a fascinating glimpse into Bonnet’s professional career in music while simultaneously including some rare cuts and demo tracks and so on. In that sense, it is the perfect introduction to every new fan of the great man out there in that some of the classics by Rainbow, MSG, Alcatrazz, and so on are there, but it also serves as an excellent addition to the Graham Bonnet collection due to the inclusion of some non-album songs, b-sides, demos, and live renditions. Also, this is the first time that the exceptional "My Kingdom Come" EP has been released on physical format, which is more than enough reason to seek this one out once it hits the street.

The one thing that all the songs have in common whether we are talking about soulful ones by The Marbles or hard-hitting and aggressive ones such as "Lost in Hollywood" by Rainbow and "Don’t Kill the Thrill" by Blackthorne is that Bonnet’s unique and distinctive voice shines through and lifts one’s spirit to unknown heights while listening to them. Pure magic! I just wish that "Eyes of the World" (Rainbow), "Love’s No Friend" (Rainbow), and "California Air (Better Here Than There)" (Graham Bonnet Band) were included as well, but considering the fact that we are talking about a rather productive fifty-year career here, I think we can all agree that compiling the songs for this release could not have been an easy task.

Every self-respecting fan of rock, classic rock, hard rock, and pure heavy metal ought to invest in this beautiful 2CD/DVD thing immediately! It offers something old and new not to mention that it looks to both the past and the future, if that makes sense. Get this!