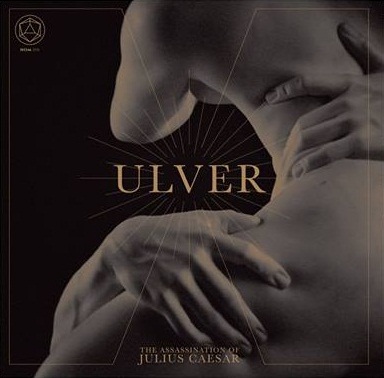 ULVER – The Assassination of Julius Caesar

The collective of musical geniuses and tricksters commonly referred to as Ulver have returned with a brand new opus consisting of eight hauntingly beautiful and dynamic tunes. Unlike last year’s brilliantly executed and rather dense but stunning affair entitled "ATGCLVLSSCAP ", this 2017 record of theirs leans more toward electro pop and experimental rock, which is to say that you can easily detect influences from and nods to bands such as Depeche Mode, New Order, Joy Division, and the likes throughout the majority of the tracks that make up the album. Having said that, "The Assassination of Julius Caesar" is an utterly melancholic and morose piece of work, but it is strangely uplifting in places, too. In that sense, I think this may well be one of the most varied and diverse Ulver records yet in terms of all the light and shade that are locked in constant conflict during those 43 minutes that this exquisite and memorable musical ride lasts.

It is hardly surprising to hear that the wolves of Ulver have ventured into new musical terrain. After all, Ulver have been throwing us musical curve-balls for twenty-five years now, so my advice to you is simply to expect the unexpected as usual. Still, you can easily hear that this is indeed the masters at work due to the inherent melancholy and longing that run through the entire Ulver discography. As to the lyrics as well as the themes and motifs of this record, the words that have been conjured up are thought-provoking, unsettling, and spellbinding. There is no other band out there who could have possibly woven together so many different threads relating to historical events, postmodernism, popular culture, and myths, in such a convincing and captivating manner as these guys do. Simply superb! The way in which different layers and nuances flow together to spawn something that is so cinematic and touching is mind-blowing. If "So Falls the World" is not one of the most depressing yet infectious compositions to ever see the light of day, then what is? On the other hand, "Transverberation" and "1969" are instantly catchy and slightly more upbeat, but not without depth, darkness, and substance to them. The way in which "Coming Home" moves and vibrates is otherworldly. It is one of those pieces that just refuses to let go of you. Again, the dichotomies and opposites that wrestle with each other within the music as well as the many conflicting emotions that are constantly in play are thrilling to behold and lose oneself in. This is some emotionally engaging stuff, you ignorant fucks!

As always, I strongly encourage you to stop reading this pseudo-intellectual crap of mine and instead immerse yourself in "The Assassination of Julius Caesar", because there is no way that I can possibly sum up or put into words why the album is so compelling and how (and why) it moves me. You need to experience and explore this phenomenal disc on your own. It will surprise and delight you in equal measure. On top of that, it defies and transcends categories, genres, and whatnot, so set aside any preconceived notions you might have had regarding how a new Ulver ought to sound and revel in the fact that these guys never cease to amaze and enthrall us. This one will connect with you on a deeper level.