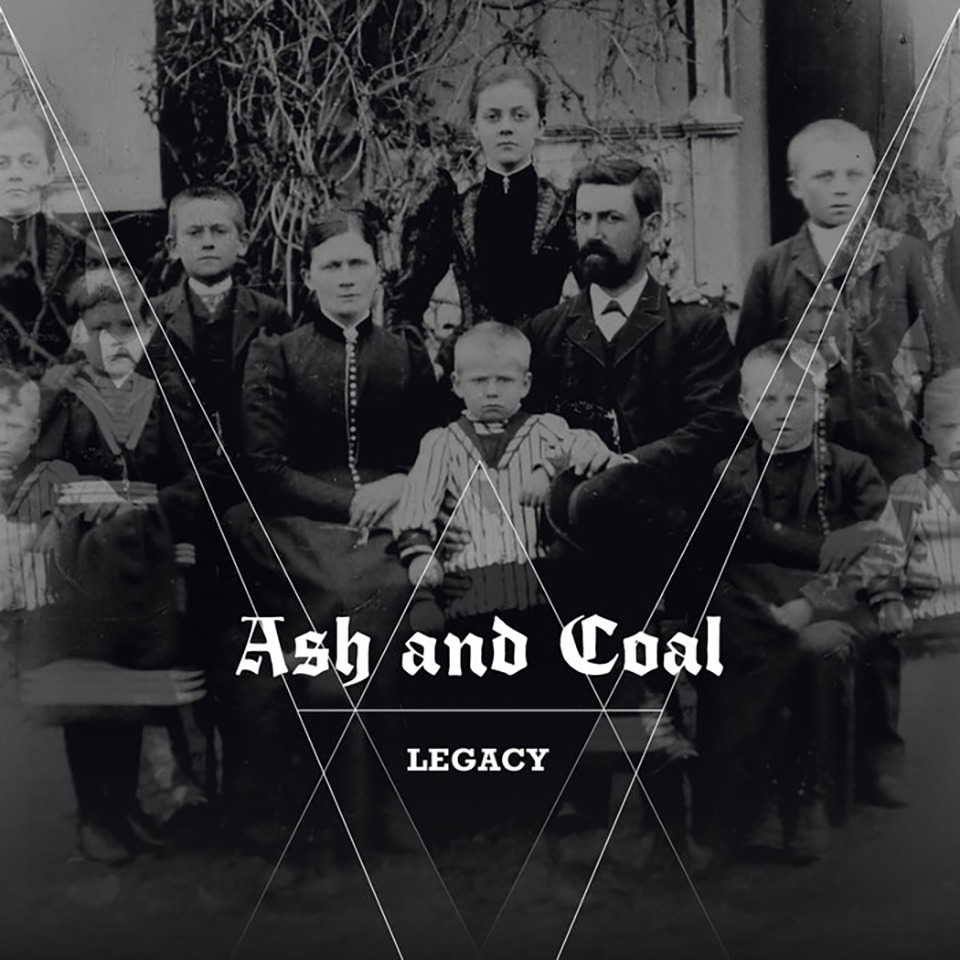 The Swedish outfit named Ash and Coal has returned with a follow-up to the 2013 EP entitled "Agnostica" and I must say that this 2017 opus that is "Legacy" is quite interesting and well worth investigating. Musically, we are dealing with a strange and somewhat eclectic sort of dark rock music, or heavy dark rock, if you will. I am having a hard time finding any other bands out there to compare Ash and Coal to, but if you took the most morose parts of Danzig, some old The Cure records, a touch of Fields of the Nephilim, and a bit of Katatonia both old and new, then perhaps that would serve as an indication of where "Legacy" is situated in terms of style and sound. There are also touches of Nick Cave here and there. On top of that, you can tell that main-man Viktor Klint is inspired by doom metal as well as black metal. Perhaps Ash and Coal is a mixture of gothic rock and metal, then? Who the fuck cares anyway!

"Legacy" consists of ten tracks that are all steeped in melancholy, which is to say that mournful lyrics, wailing guitars, and bleak atmospheres run through each and every song, but the cool thing is that Ash and Coal knows how to vary its material. There are some slow and utterly depressing tunes such as "War is Coming" and "Tell Them Not to be Afraid" that attain an almost hypnotic feel and trance-like state. At the other end of the spectrum you get fast-paced and rockier material such as "Never Learn" and "Everyone’s a Misanthrope". Come to think of it, some the those cuts actually bring to mind Tiamat (the "Prey" and "Judas Christ" albums), which is meant as a compliment. The sound of the album is neither slick nor glossy, and I must admit that I like the slightly raw sound of the material.

I cannot say that I am blown away by this album, but it does hold a certain charm and serves as quite the fitting soundtrack to a dark and stormy night. The majority of the songs are catchy and memorable and stick more or less the first time you listen to them. The album is definitely interesting, just not insanely captivating or spellbinding. There are a couple of songs that never really manage to establish any kind of atmosphere and never really seem to go anywhere, but in the overall perspective "Legacy" deserves a few spins if gothic rock/depressive metal/moody rock music is your thing. Give it a go – you might dig this.