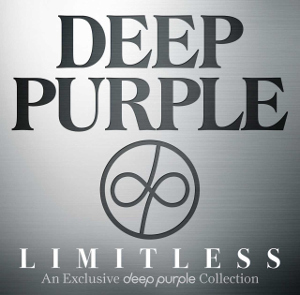 This rather exclusive and awesome 42-minute compilation release consisting of eight wicked tunes by the legendary Deep Purple is a real gem. Containing eight tracks including two from the upcoming "Infinite" album, more specifically the atmospheric "Time for Bedlam" and the strangely melancholic "All I Got Is You", as well as four live cuts and a couple of excellent songs from the "Now What?!" album and the "Vincent Price" EP, this album is a treat for any fan of the band. Obviously, the two brand new songs are the real draw of "Limitless", but the exclusive and previously unreleased live rendition of "Black Night" is well worth the price of this disc alone. As a matter of fact, this particular version of the timeless classic from a 2013 performance in Italy is one of the more intense and passionate ones that I have ever heard. Simply superb!

I am totally moved by both "All I Got Is You" and "All the Time in the World" while "First Sign of Madness" has a lot of groove and excitement to it. The live version of "No One Came" lifted from the "Now What?!" gold edition extra live CD is entertaining and I dig Gillan’s playful vocals here. "Strange Kind of Woman" and "Perfect Strangers" from 2015’s "From the Setting Sun…(in Wacken)" and "…to the Rising Sun (in Tokyo)" live albums sound convincing and powerful too. It is impossible not to get carried away by them.

Granted, not all of what makes up "Limitless" is rare or exclusive and many loyal/hardcore fans of the band probably already have most of these tracks in their collection, but that does not change the fact that this is an excellent compilation and quite representative of the qualities of latter-day Deep Purple both on stage and in the studio. On top of that, it serves as a great teaser for the "Infinite" album, which will arrive in early April.

You need to get off your ass and hunt down a copy of #234 of Classic Rock Magazine if you want to get your filthy paws on this excellent disc. Hurry the fuck up and get this while it is still out there and available in the shops. Apart from the CD, the magazine itself is awesome and truly the best one out there when it comes to covering the music that we all love and cherish.