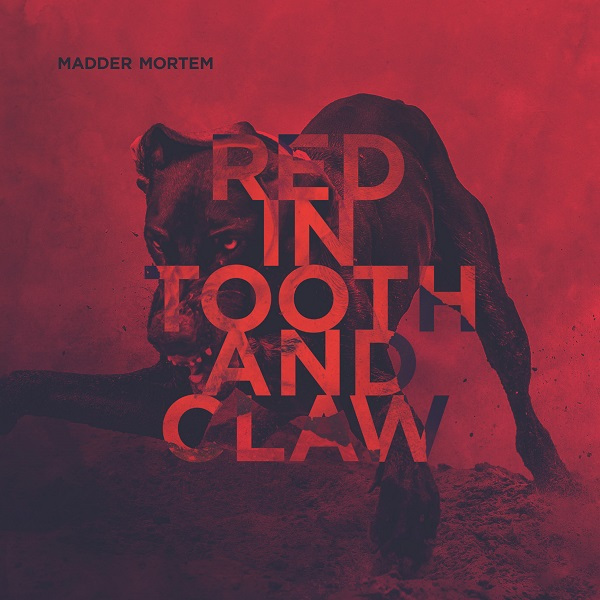 The progressive and experimental Norwegian metal outfit known as Madder Mortem is back! It has been seven years since the band released "Eight Ways". Where does the time go? The very first time I experienced the band’s diverse and shape-shifting music was on stage, more specifically when the band performed at the Inferno London Event in early 2005. Truth be told, their show did not impress me all that much and a couple of years went by before I gave their catalogue a fair chance and listened to it properly. I have since come to appreciate many of the songs and so on, but I had no idea what to expect when the promo copy of "Red in Tooth and Claw" arrived in my mailbox. After all, seven years is a long time. Luckily, the band’s latest 10-track opus turned out to be a most pleasant surprise. All the contrasts within and between each song are still very much intact, but the riffs and melodies as well as the vocals are stronger than ever before. Believe it or not, but it is as if Madder Mortem sounds more confident and focused now compared to when "Eight Ways" was released. The arrangements are beautifully crafted and the album as a whole is unpredictable in the sense that one never knows what lurks just around the corner. The opening track, "Blood on the Sand", immediately sets the mood and covers just about everything from the melancholic and further on to the aggressive and intense. One can tell that a lot of thought went into the compositions, but they sound neither rigid nor sterile.

I also love the groove of "Red in Tooth and Claw". There are quite a few memorable parts present on the album that instantly caught my attention and sucked me in the very first time that I listened to them. The song named "Fallow Season" is a perfect example of what I mean by Madder Mortem sounding groovy. Then again, the album as a whole is an extremely varied affair that draws on doom metal, progressive rock, classic heavy metal, and avant-garde music. The many different moods and themes are highlighted and underlined by the varied vocals and the changes in tempo. The way in which the rhythmic, harmonic, and melodic elements are combined simply provide the songs with a thick texture and a cool vibe. Having said that, the album does lose a bit of its momentum around "Parasites" and "Stones for Eyes", but the rest of the tunes are most entertaining to listen to.

"Red in Tooth and Claw" is rich on atmosphere, emotion, and diversity, so whether you dig Opeth or get a hard-on from listening to Katatonia or maybe even Arcturus and Ava Inferi, the new Madder Mortem album is the way to go.

ANCIIENTS – Voice of the Void