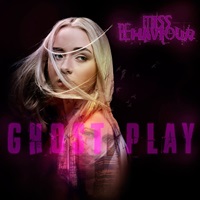 A long-time favorite to these ears, Sweden’s Miss Behaviour have been consistent in producing a type of melodic hard rock with AOR-harmonies that gets the blood pumping, the toes tapping, and you can walk away feeling very good about what you’ve taken in. "Ghost Play" is the group’s fourth studio album, delivering another 12 songs that should add value based on the dynamic diversity and downright exciting hooks on all fronts vocally and musically.

"The Magician" has this majestic keyboard foundation that the guitars and vocals build upon to produce Scandinavian hard rock bliss – in a similar vein as the best work of Europe or Pretty Maids. Guitarist Erik Heikne can float between epic, smooth parts on the building "Pain and Passion" or crank up the high gain and bust out something a little more rocking for "Night Moves". Sebastian Roos as a vocalist has a lot of the higher, helium falsetto notes in his wheelhouse to pitch at any given moment – wisely rising to the cause on opener "Friendly Fire" while being more dramatic and expressive during the ballad "The War Inside" where I get a sense of Enuff Z’nuff influence with some of the psychedelic phrasing.

Miss Behaviour has that uncanny knack for knowing where the right studio tricks can set up the next vocal harmony or musical hook – check out the vocal panning that starts "Never Say Never" or the subtle, clean guitar use against the softer keyboards for another highlight "Walking in Shadows" – another ballad with a different feel. Tasteful musicianship with small spotlights when called for, "Ghost Play" proves that melodic hard rock still has plenty of vitality left in the tank, as well as noting that you can take older influences and put them in a modern context.