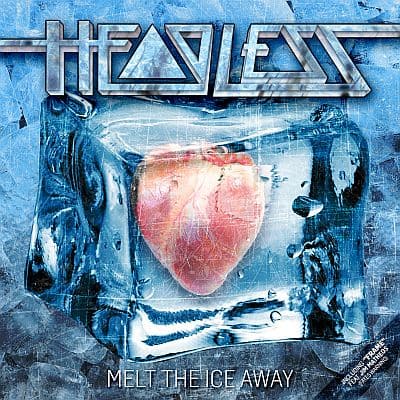 HEADLESS – Melt the Ice Away

Many will remember the work of vocalist Göran Edman for his time in Yngwie Malmsteen, but looking through his Metal-Archives output and you’ll find numerous bands and projects that benefit from his seasoned pipes. Italy’s Headless is another fortunate group to gather his services, a progressive metal meets melodic hard rock band that on their third studio release "Melt the Ice Away" hones in on another catchy set of songs that probably will gain as much appeal to Queensrÿche and Fates Warning fans as it will some of the latter 80’s California hard rock bands that put hooks first over hair spray.

Occasionally adding in old school samples or whispering effects (most evident in the sultry, bluesy title track), Headless drive from a late 80’s/early 90’s melodic progressive metal platform – vocal harmonies and musical hooks abound. Drummer Enrico Cianciusi maintains a firm groove throughout these 9 songs, but also flashes a lot of his off-time skills during transitions or fill moments within "Shortage" or the epic-laden, Fates Warning-like builder "Gather Knowledge Gather Wisdom". Guitarists Walter Cianciusi and Dario Parente often play off of each other to heighten aural aspects in a wide open manner – be it uplifting in an AOR-ish driving way with "So Much of a Bore" or a call and response anthem-orientation build up for the closer "When Dreams & Past Collapse". Göran takes Headless to another level of high caliber output – reaching for the right notes in lower and higher registers, while also injecting force and his engaging personality into the proceedings. "Good Luck Resized" and "A Senseless Roaring Machine" two obvious standouts for Edman’s intuitive sense of delivering melodies that last a lifetime.

Heavier than the previous record "Growing Apart", "Melt the Ice Away" should gain reasonable appeal for those who like more song-oriented progressive metal that definitely hedges a lot of melodic hard rock principles amid the stellar musicianship and songwriting construction within.