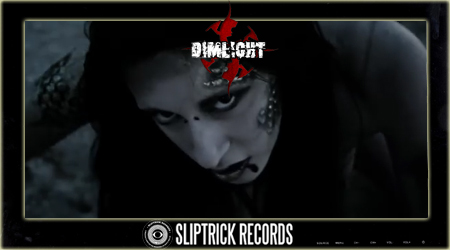 From their last fullength

Although the Band was formed in 2006 it was almost three years later until they released their first full length album called “Obtenebration” under the label Emotion Art Ltd. The album was recorded at Baseline studios, got mixed by Spiros Aspiotis and mastered in Tailor Maid Studio by Peter In de Betou.

Around mid-2010, Dimlight started working on new material and in 2012 released their second studio album called ‘Psychosynthesis”. The album was recorded at Dimlight personal studio, mixed by Fotis Benardo (SepticFlesh) and mastered in Tailor Maid Studio by Peter in de Betou. Among the guests of the album were Seth Siro Anton (SepticFlesh), Ilianna Tsakiraki (Enemy of Reality , ex-Meden Agan) and Stelios Mavromitis (ex-Astrate , ex-SepticFlesh). The Band’s success brought on an invitation to be in the lineup of one of the biggest metal festivals in Europe, the Metal Female Voices Festival (MFVF) on its tenth anniversary in 2012 The Band’s desire for new music didn’t not allow them to remain stagnant and in the same year they started working on their third album. In August of 2014, the main singer Sanna Salou left the band and Eva Fourlanou replaced her.

In December 2014 Dimlight finished the production of their third studio album called “The Lost Chapters”. The album was recorded at Soundflakes studios and had both mixed and masterd by John Mcris.

In April 2015 the band established collaboration with Five Starr Records and released their third album. Among the guests of the album were Jean Baptiste (Randomwalk) , Maya (Meden Agan), Maria-Melissanthi Routi (Kinetic), and Alfred Shtuni.

Since the record company faced some economic difficulties, Dimlight signed to the American record label Sliptrick Records and re-released the latest album “The Lost Chapters”.

The cover of “The Lost Chapters” was made by Pierre-Alain D. // 3mmi Design.