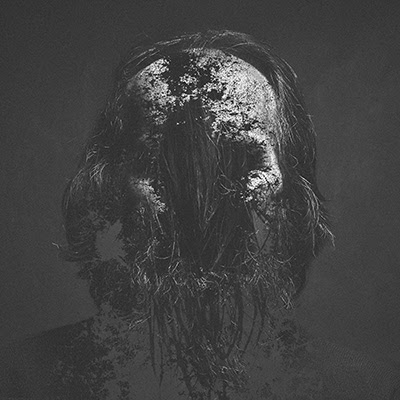 I recall listening to Sarke, more specifically the debut album «Vorunah», for the very first time back in 2009 while stuck in a claustrophobic piece-of-shit Nissan on a 4-hour road trip with a miserable skank that I was dating then. To tell you the truth, the album did not impress me at all, but at least I was able to escape my awful surroundings for a little while. A completely irrelevant anecdote, right? In all honesty, I probably should have paid more attention to Sarke back then and given «Vorunah» another chance in a completely different setting, but for some reason I never did. Luckily, the new black metal assault of theirs entitled «Bogefod», which contains nine highly atmospheric and sinister tunes, pretty much blew me away the first time I listened to it. That reminds me that I have to check out the two previous studio albums by Sarke. However, as usual, I digress.

While «Bogefod» is a highly focused and (in)tense effort in the overall perspective, there are a multitude of great melodies, haunting and subtle nuances, moody passages, and cleverly written outbursts present throughout this 35 minute slab of dynamic and captivating black metal. One of the many fascinating aspects of this album is that it is both instantly memorable and yet sufficiently challenging to warrant repeated listening. It is neither as straightforward nor «simple» as it may appear to be the first time around. While some riffs and parts sound downright rotten and disgusting, others are beautiful and moving, which the epic yet suffocating «Barrow of Torolv» is an excellent example of. The production is both punchy and raw, and I must say that it suits the song material nicely. The vocals courtesy of Nocturno Culto are extremely good and convincing. Definitely one of the highlights of the album. The musicianship is great all around, and even the cover art rules too. The operatic vocals that grace «Dawning» are mind-blowing, and the thrash and doom metal influences and undertones that are scattered throughout «Bogefod» only add to the dynamic nature of the album. Clever and well written, but never pretentious.

«Bogefod» is with a shadow of doubt a fascinating and captivating album with a sound and identity of its own. Grim and grand, icy and dangerous, and so on and so forth. Simply put, this is haunting Norwegian black metal of the highest order!