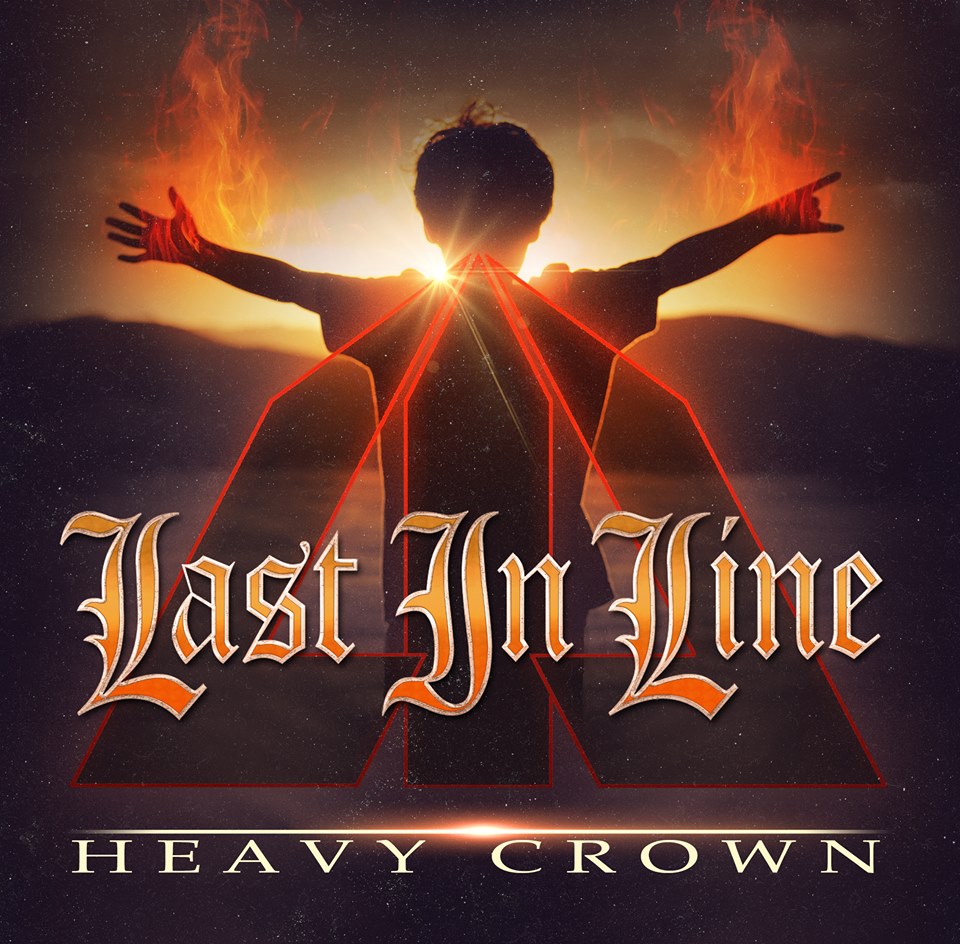 If given the right resources, presidents at record labels can make some great products come to life. Take Last in Line – who would have ever thought that the original three from the early 80’s Dio lineup would re-assemble to make a record with a new singer? Not this journalist… but that’s what we have for "Heavy Crown". Guitarist Vivian Campbell, the recently deceased bassist Jimmy Bain, and drummer Vinny Appice along with singer Andrew Freeman comprise the musicians for this act, and it’s assuredly a throwback to the sound that put Dio on the map via "Holy Diver" and the subsequent "The Last in Line" and "Sacred Heart" efforts.

If you’ve missed those tasty Euro-flavored guitar riffs and licks, Bain’s in the pocket bass lines, plus Vinny’s propulsive fills and steady power back beat, there’s plenty to applaud within songs like "Martyr" and "Already Dead". Andrew’s range has more of a bluesy swagger than Ronnie for certain, comparisons to Ray Gillen or Paul Shortino could come up on the epic-slow building opener "Devil in Me" or the playful, lower swinging "Orange Glow". Vivian proves he is still a master of the captivating riff and equally intoxicating lead break – both exemplary at different paces for highlights such as "Burn This House Down" and the up-tempo follow up "I Am Revolution". The best heavy metal conveys a mix of emotions and feelings – dynamically juggling and translating through the music on hand, and Last in Line succeed from first song to last in this regard.

Contemplating where the next move will be beyond two scheduled live festival appearances, let’s hope that much like Dio’s legacy lives on through artists young and old, that Last in Line may consider this more than a one-off as there’s a lot of special songs on here and we can sense magic in their pocket again.