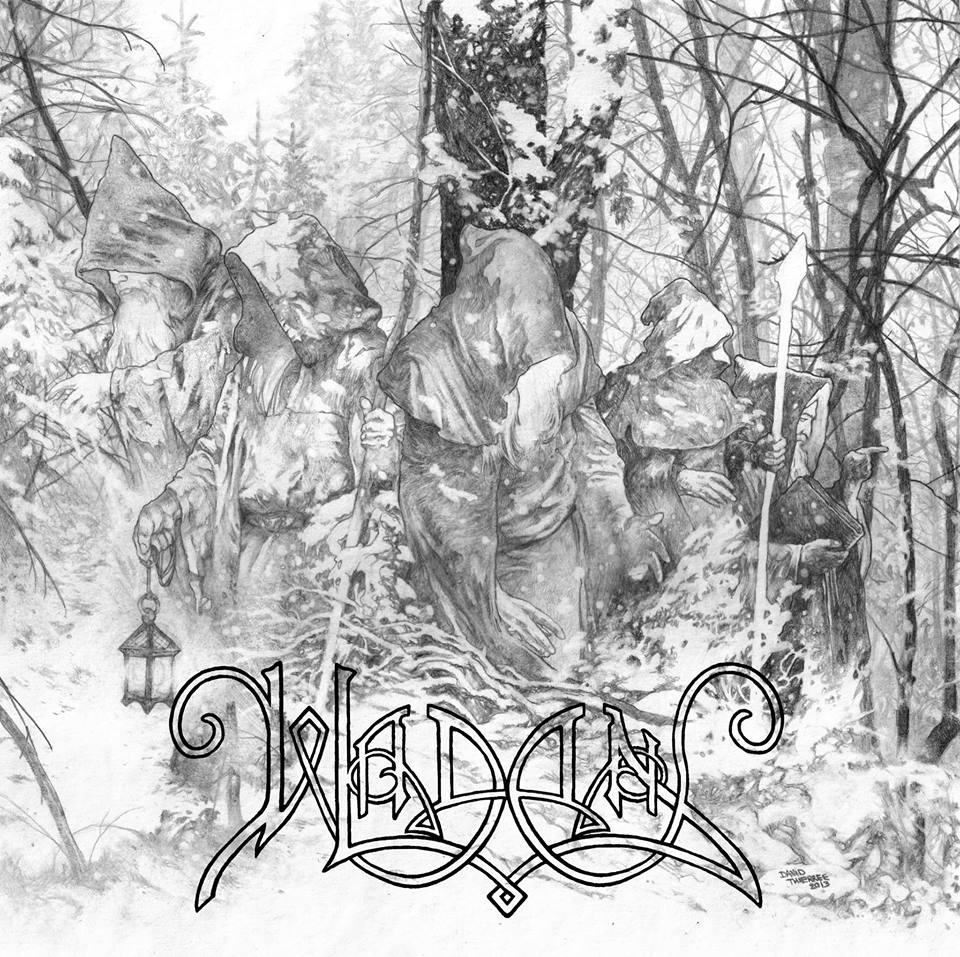 After years of waiting, Hadens have finally released their debut album. So much have changed in the line up of the band since the release of the 2011 EP, "Damnation" that it is impossible to expect anything.

The opening track, Possessed, is an ok track, but it seems a little conservative. Meaning that it doesn’t seem like the band wanted to challenge their audience from the start of this new release. Slow paced at first and then speeding up after a short cut. You feel the raw production value all the way into the bone, and that is a very good thing. The song showcases that the vocalist, Emperor Shredhammer, has evolved alot since "Damnation". The instrumental parts are in the same area as before, only a little bit more finesse to it. The new drummer,  Bergtroll, is a complete beast.

Witchcult, is the next song on the tracklist, and it has a bit more sudden start than the opening track. The guitars get to shine in this song with nice melodies running on tom of calm drumbeats while the screaming vocals can be heard nicely placed in the background. This is probably one of the more solid tracks that are on the album. About two thirds into the song, the rytm and melody takes a complete turn, and some dark, growling vocals appear. This progression absolutely pushed the song one step up. The song could do with 30 seconds less feedback in the end.

Next up is the song Northern Landscape. The song has a very nice, instrumental opening. Again, the melodies lie nicely ontop of a strong beat. The scalas in the middle/end of the song makes for some entertaining turns. Sadly the track is way too short.

Speaking of short tracks, Bjørgvin, is about the same length as Northern Landscape. The song is the least experimental one on the album and stocks mostly to a safe formula. If there is anything to take away from this song, it is the strong vocal parts and the last segment of the song being a bit more progressive in the beats than the rest of the song. Knowing the black metal scene, this is the song that people will like the most.

The song with the absolutely heaviest intro is Unholy Empire, by far. Following the heavy strikes are one hell of a guitar solo that is just purely enjoyable to listen to. The song then jumps over to a faster paced mode, while the vocals stay dark and deep. Reminding somewhat of old school death metal. A little slow party twoards the end is not hurting the song, and it puts the song in a much more varied light.

Last out, the band have chosen A Journey. Absolutely genious idea to end the album on this high note. A very interesting track that has alot of different elements to it. This is one of those songs that really shows how big a black metal song can be. When you think the song is (sadly) over, Hadens kicks a bit more life into it and the tempo and over all level rises for about 20 seconds before slowly ending, and thus ending what people have been waiting five years to hear.

This album absolutely has potential. It is a rough and raw product that gives hope to a somewhat dying genre. Hadens have kept their sound from the EP and expanded greatly upon it. A fantastic representation of a debut album for a rather still young band. It might not be for everyone, but if you liked "Damnation", you’ll love this!

ALAN BYRNE – Beat of the Drum