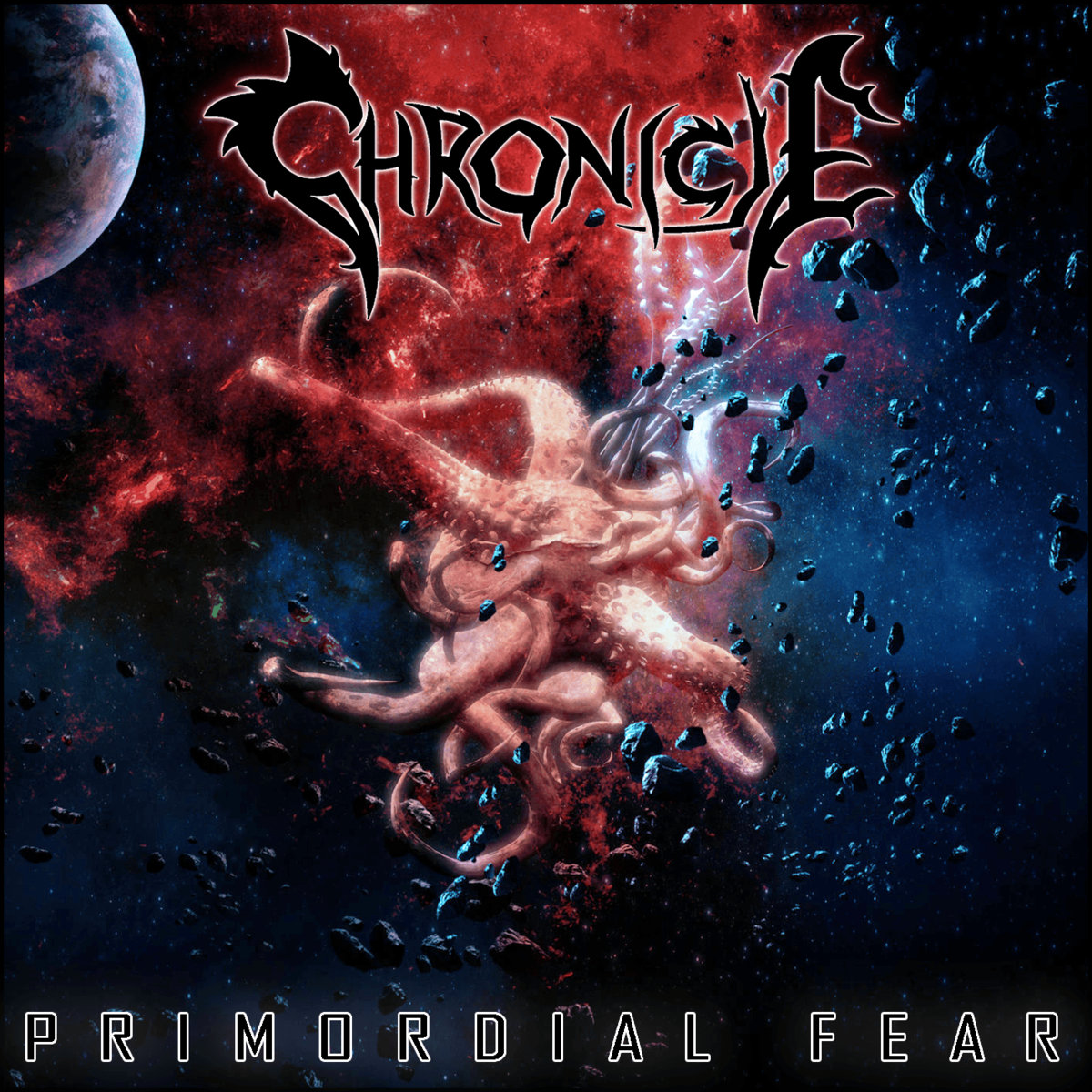 Chronicle hails from my hometown, namely Frederikshavn in the Northern part of windy Jutland, and I must say that I feel a slight sense of pride and wonder whenever I reflect on the fact that these four young dudes are actually pretty fucking talented and have managed to get their music out there on various platforms and stages far beyond the confining borders of Frederikshavn Let me put it this way; there was no metal scene or any metal gigs in Frederikshavn happening when I was an obese teenager living there. But, as usual, I digress. The fact of the matter is that I find it inspiring and refreshing to hear a bunch of young guys tear it up musically and deliver a slab of hard-hitting (melodic death) thrash metal.

«Primordial Fear», which is a 10-track affair, is a mixture of death, thrash, and somewhat modern and groovy metal. Truth be told, Chronicle is not exactly an innovative or original band as such, but these guys do possess attitude and a sense of sound and identity that I think they can rightfully claim to be their own. While there are similarities to some of the more well-known melodic death metal outfits from Sweden as well as US acts such as Devildriver and Machine Head here and there, Chronicle sounds nothing like a clone of any of the aforementioned bands. One might say that modern thrash metal is what they lean most towards. There are some strong and memorable riffs and melodies to be found throughout the album while the musicianship is pretty damn solid. No question about that. These fuckers know what they are doing, that is for sure. I like the production in the sense that it falls somewhere inbetween being sharp and raw, which is to say that it is neither too sterile nor too lo-fi. Granted, it could have been punchier and perhaps more crushing, but nevertheless it has that underground aesthetic to it that I dig. Personal favorites include the pummeling and unpredictable «Death Awaits (Thanatophobia)», the opening track entitled «Bloodstained Halo», and the aggressive and intense «Life Leaves No Survivors».

As with the «Welcome the Darkness» EP, I do think that the vocals need to be more varied and dynamic. They are a tad too one-dimensional and monotonous from time to time, so I am hoping for more adventurous ones the next time around. In the overall perspective, «Primordial Fear» is a solid and entertaining release that contains a lot of great ideas as well as potential. Keep an eye out for Chronicle and support the band via Bandcamp.