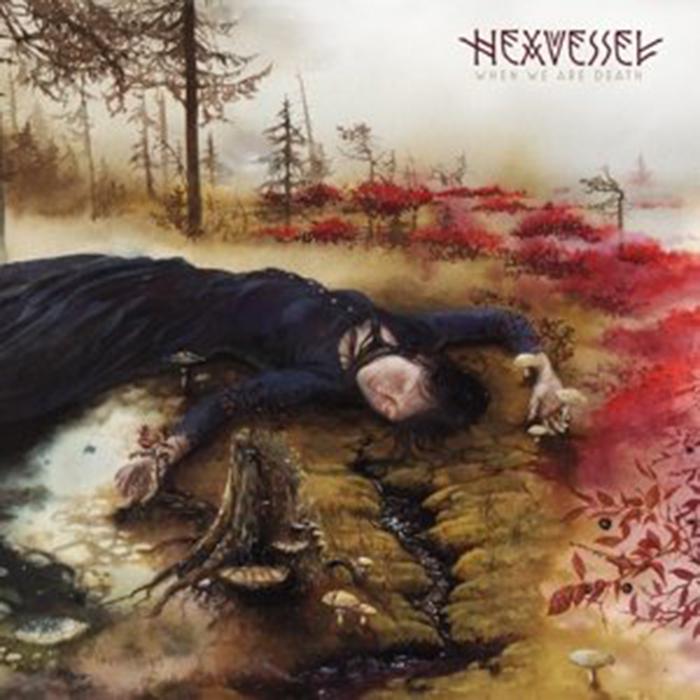 HEXVESSEL – When We Are Death

The brilliant ensemble that is Hexvessel, which is led by the charismatic Mat «Kvohst» McNerney (guitar/vocals), has made quite a fuzz in the underground music scene ever since the release of the extremely well-crafted and hauntingly beautiful debut album entitled «Dawnbearer». The follow-up, «No Holier Temple», was amazing as well and a truly captivating piece of work. While the «Iron Marsh» EP was a bit of a letdown for me, I must say that I have very much been looking forward to the third full-length spell of theirs, namely «When We Are Death». Hexvessel is something else entirely. Something that defies not only conventional songwriting and musical boundaries, but also one’s sense of self and inner perception. If that sounds pseudo-intellectual to you, then clearly, you have not had the pleasure of immersing yourself in not only the sounds and moods that Hexvessel evoke, but the very words that accompany the music.

This brand new 2016 opus ventures even further into psychedelic and 60s-inspired musical territories, but do not for one measly second think that this album is easy to classify or label, because it is not. Hexvessel’s mixture of folk rock and psychedelia is not only dark and fascinating, but also mystical, moody, and innovative. Every song has substance and depth to it. Actually, some of the melodies and lyrics bring to mind the classic «Walden» by the noted Transcendentalist Henry David Thoreau. I am just saying.

While I could write a few words about each song, I will refrain from doing so, simply because there is only so much you need to know about this album before listening to it for the first time. Having said that, there is one song in particular that moves me to tears whenever I listen to it regardless of where I am. I can’ help it, you fucks! The one that I am referring to is «Cosmic Truth», which has this otherworldly and strangely intimate vibe to it, and the melodies and lyrics are so melancholic and utterly beautiful that I can hardly put it into words. While all ten songs off «When We Are Death» lend themselves to endless contemplation and reflection, «Cosmic Truth» really stands out and moves me in so many ways that words are rendered meaningless. One of those tunes that one has to experience and truly absorb.

The German term «Gesamtkunstwerk» comes into play here. All the different parts of «When We Are Death» are perfectly woven together. The music, the lyrics, the artwork, the production, the atmosphere, and so on and so forth. Everything sounds organic and organically developed.

«When We Are Death» is both unsettled and unsettling, and while you may eventually sit there and think to yourself that you are close to understanding and penetrating its many layers, some little nuance or word or phrase will set you off in a new direction. That is the beauty of this album. One never grows tired of it because it constantly and continually reveals different aspects that ought to be explored. This particular musical journey will never end. It is somewhat akin to being lost in a wonderful maze, I suppose. However, why listen to me rave on for hours about this album? Approach this with an open and adventurous mind and devote yourself completely to it. It will pay off. Trust me on that. Do not think that you can grasp the intimacy and intensity of «When We Are Death» by merely spinning it a few times. You have to absorb it, preferably in solitude and with no distractions whatsoever.