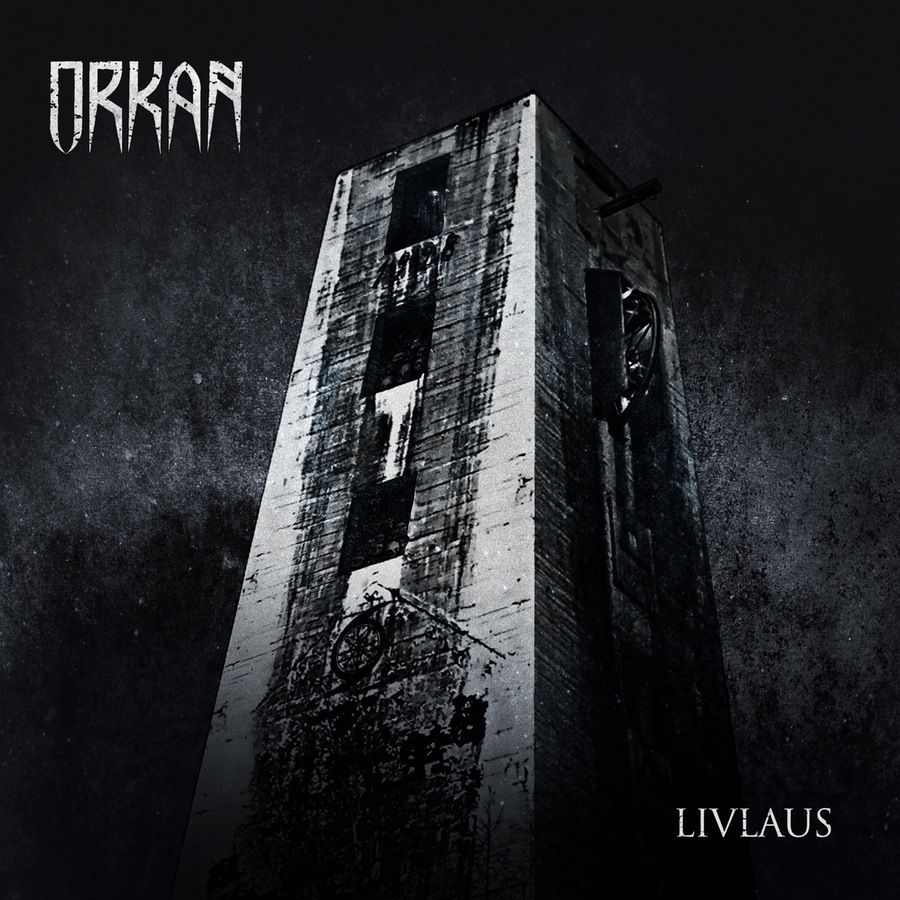 Orkan is a Norwegian black metal quartet that was vomited forth back in 2008 and which includes Gjermund Fredheim (Taake, Syrach) and Rune Nesse (ex-Byfrost) among others. "Livlaus" is the second full-length assault by the band, and let me start out by saying that this is an interesting, diverse, and organic album we are dealing with here. Apparently, the album was recorded more or less live in the studio and there was no editing of the backing tracks or anything like that. The vocals and effects were then added later on. It definitely shows that the songs were recorded pretty much live in the studio, but that is meant as a compliment. The whole thing sounds authentic and lively, and it has this really cool vibe to it that I find difficult to characterize or describe.

While the music is primarily rooted in atmospheric and melancholic black metal, there are a lot of thrashy parts to be found throughout the album, which makes for a varied and captivating listen. The melodies are the high point of the album in that they are very strong and catchy. The musicianship is excellent, and, as I hinted at earlier on, I really dig the production and the warm and organic sound that envelops this whole cursed thing. The fact that the lyrics are in Norwegian also gets my pecker up in the air, and the vocals are sufficiently intense and convincing.

Before I forget, Hoest (Taake) and Vgandr (Helheim) make guest appearances on "Livlaus", which is an added bonus, I might add. The artwork rules, too. This is quality black metal (or black/thrash as some fuckers might label it), and all 7 tracks are good. No mediocre shit. Recommended for sure!

DEMON’S EYE – Under the Neon