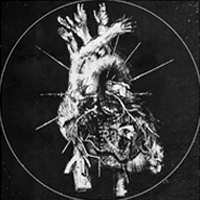 Reverie is the debut full-length release from Danish Black metal four-piece Bliss. Those familiar with the Invictus Productions catalogue will recognise many of the trademarks of the label’s recent sound here: there is dirty, brutal black/death metal, intelligent progressive elements abound and a slight occult-rock feel permeates the whole. In terms of approach this reminds me somewhat of Tribulations ‘Formulas of Death.’

The songwriting is dynamic and despite the above rough comparison, the atmosphere and feel is quite original. Overall though, this is one of those albums where the sums do not quite add up. On the first few listens the individualism shines through and Bliss’s ambition is obvious and extremely impressive. However, after that I found the album had peaked and wasn’t really delivering at such a high level on successive play-throughs. So, much as I liked it at first, I just don’t find it quite so interesting right now. It is still an extremely good album, but it surprises me that an album with so many well executed ideas doesn’t appeal to me more after many listens.

Definitely one to check out then, and one you will return to and enjoy but not a stone cold classic that will dominate your playlist.