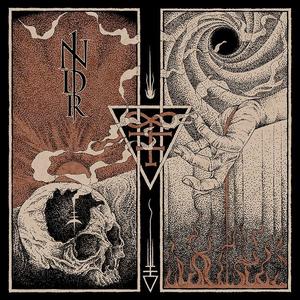 BLAZE OF PERDITION – Near Death Revelations

Polish Blaze Of Perdition has risen from the ashes after the fatal accident in 2013, where bassist Wojciech "Ikaroz" Janus was killed, while vocalist Sonneillon ended up in a coma. However, it was clear from day one that the band wanted to continue, and the result is "Near Death Revelations". The title of the album should be self-explaining considering the accident, so lets continue to the music, all written in 2013, with some layers added later.

Blaze Of Perdition´s approach to black metal are all about atmosphere, darkness and dissonance, add some controlled chaos and hints of  melody, and you get the clue. I would also call it catchy, this might be the wrong word to use for this kind of album, but as I find myself headbanging time and time again as the album progresses, its the only word I can come up with that is fitting. The musicianship of the four horsemen that are Blaze Of Perdition are flawless and impressive. The vocals of S are haunting and powerful, and so are the blasting from Vizun. The bass-lines delivered from Revenger are unstoppable, and the riffs and leads from XCIII crawls under your skin and stays there. Im not sure of how many hours I have spent listening to this album, its probably between 15 and 20 hours, and Im still looking forward to put on my much to expensive headphones and spend some time down in the abyss together with "Near Death Revelations". Needless to say, this is undoubtedly one of the best black metal albums so far this year, and a must buy for any extreme metalhead.