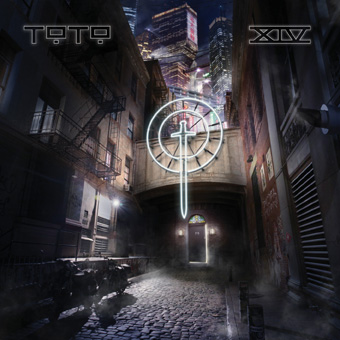 TOTO hardly need any introduction, and I dare say most of you out there are familiar with at least a couple of their hit singles. Unless you have been hiding under a rock for 35 years, that is. Anyway, I was not really sure what to expect from this brand new TOTO album given that it is their first studio album in 9 years, and a lot of things can change over a period of 9 years, but I must say that I was pleasantly surprised and totally taken aback at just how relevant and awesome the whole thing sounds. Every song bears all the musical trademarks of TOTO, and the album oozes class and musical excellence. The well-known formular of mixing hard rock, progressive rock, blues, jazz, soul, funk, rock, pop and R&B is intact and still works like a charm. My favorite songs off the 11-track effort are «Running out of Time», «Burn», «21st Century Blues», and «Fortune», but the remaining tracks are definitely worthwhile and well above average. The arrangements are both clever and masterful while the songs are catchy and memorable. «TOTO XIV» is without a shadow of doubt a great album that should appeal to fans both old and new. Excellent stuff all around!

GATHERING DARKNESS / TYRANTS BLOOD – The Light Won’t Save You