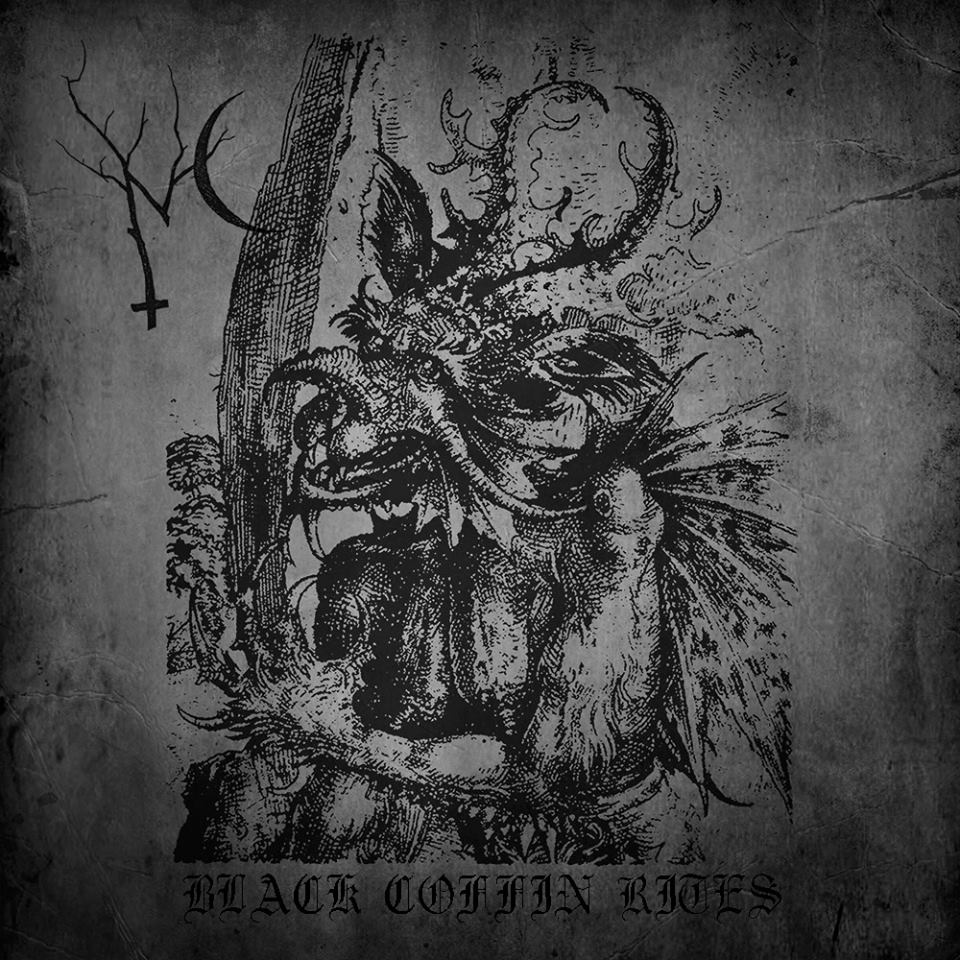 NettleCarrier is a Norwegian black metal outfit that was spawned by Ciekals and Mannevond way back in 2005. By 2007 drummer Dirge Rep (Orcustus, Djevel, Gehenna) had joined the band, which, obviously, was a great move in that Rep is an awesome drummer. Anyway, the band released an EP in 2007 and then a full-length album in 2012, but unfortunately the only thing by NettleCarrier that I have ever listened to previously is the "The Boiling Blood" 7" vinyl. Given that I quite liked that 2-track single, I was very much looking forward to this 7-track album, which is entitled "Black Coffin Rites". Quite the cool and evocative title, eh?

As evidenced by the opening track, "Bloodmoon", the foul trio that is NettleCarrier knows how to compose and vomit forth icy cold black metal that will send shivers down your spine. Fortunately, the band knows how to keep things interesting and varied by means of slow and mournful parts that are somewhat akin to nails being driven slowly into your puny skull. The grim vocals are convincing and the rotten aura of the whole thing is strangely appealing. Some parts even sound quite epic and melancholic, but in the overall perspective we are dealing with an aggressive, dark, and unsettling album.

While "Black Coffin Rites" is neither an original nor an innovative release, it is nevertheless solid and suitably nasty throughout, which, in other words, means that it left me satisfied and yet wanting for more. If bands such as Deathcult, Taake, Djevel, Orcustus and the likes appeal to you then by all means give "Black Coffin Rites" a spin or two.