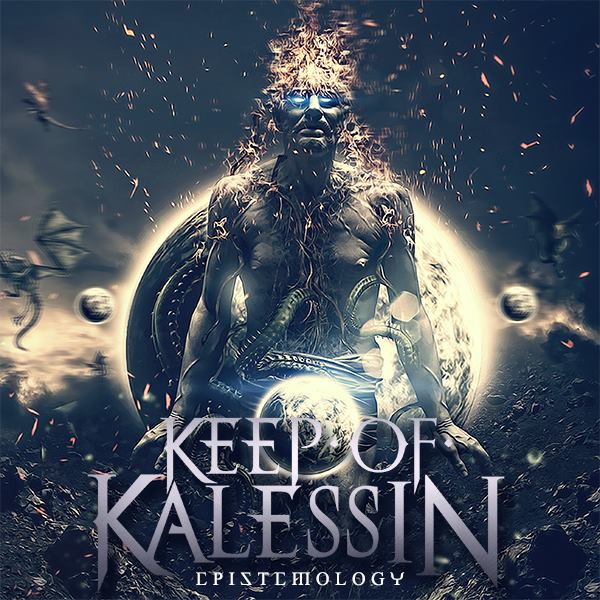 Six albums in and once again Keep of Kalessin are pushing things forward and ringing the changes. First up is the fact that Obsidian Claw has taken over vocal duties. There is as much vocal range as before – clean, epic-sounding, rough BM-esque and more than a few spoken passages. Generally things work well enough on this score, as OC has a decent voice, but there are a few problems. Chief among these is the fact that many of the choruses and repeated parts feel that they haven’t been sung again but have simply been cut and pasted from the best take on offer. Ok, this is good for consistency, but it sounds a little bit artificial and sterile in places and reminds us that this is an album pulled together and arranged in a studio, rather than a more ‘live’ creation.

KOK continue to mix epic melodic metal with more brutal passages (and Vyl can be an extremely brutal drummer when occasion demands). Yes, it is still leans heavily towards the accessible, radio-friendly side of the spectrum, but that isn’t something I have a problem with. After all, if the songs are good, does it matter how heavy they are? Depends on the listener. The problem with the songs is the length. Many of them are up around the seven minute mark, but after two minutes you’ll have heard nearly everything the song has to offer. So while I like the riffs and think the choruses work, it all begins to wear a bit thin towards the end of the song. Add to that the above point about the cut and paste lyrics and the problem becomes more pronounced. Listeners may well find the chorus approaching for the seventh time and wonder when the next track is going to start.

Claw’s guitar work is immaculate as always, and personally speaking, there is something engaging and enjoyable in KOK’s music that means I seem to have time for them, not matter how annoyed I get with their overly long and similarly-sounding songs. So yes, I like ‘Epistemology,’ and it is better than their last effort, but I’d recommend ‘Armada’ and ‘Kolossus’ over this any day.

PANDEMIA – At the Gates of Nihilism