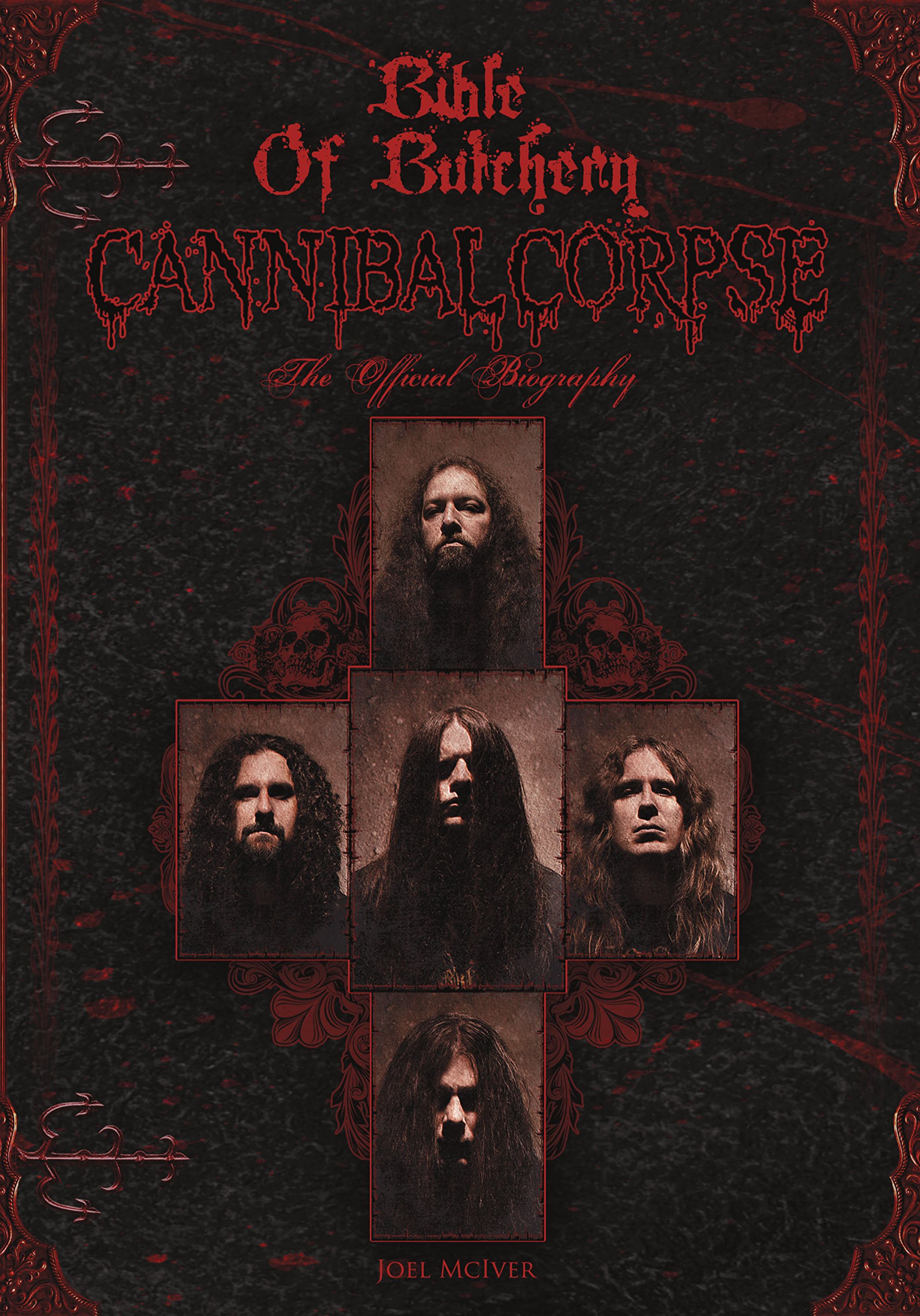 The biography entitled "Bible of Butchery" by well-known author Joel McIver chronicles and details the existence and career of one of the most popular and best-selling death metal bands to ever grace the shit-stained face of the earth, namely Cannibal Corpse. The band has existed for more than 25 years now and is showing no signs of slowing down or losing its edge, so, in a way, I find it only fitting that this rather short biography by McIver was released just recently in the sense that there is three decades worth of history to elaborate on and yet the band may well exist for another 10 years for all that we know. In that sense "Bible of Butchery" is both a tribute to the band’s past achievements and a nod to whatever the future hold for the band. The latest album, "A Skeletal Domain", certainly displays no signs of weakness, lack of inspiration, or fatigue on the band’s part.

"Bible of Butchery" contains roughly 168 pages, many of which consist of band photos and pictures of them performing on stage as well as whole pages dedicated to song lyrics and commentaries by the members of the band. My point is that this book is actually pretty damn short and easily read in just a few hours, which is both good and bad. On the one hand it does not feel like a bore reading it, but on the other hand I feel that there is much more stuff that McIver could have included and delved into. One chapter that I found particularly interesting is "Meet the Accused" in which each member of the band basically tell a shortened version of their life stories and their upbringing, musical influences, first bands, and so on and so forth. That is definitely the best part of the book, but I also enjoyed reading some of the stories and anecdotes relating to touring, censorship issues, and the first "Ace Ventura" movie.

Overall, I found "Bible of Butchery" quite entertaining and fun to read, but it definitely could have been longer. However, if you are a fan of the band or of death metal in general then you will probably find this interesting and informative, and I would argue that it appeals to both old and new fans of the band. Just keep in mind that the DVD entitled "Centuries of Torment" is way more in-depth and fascinating than this book.