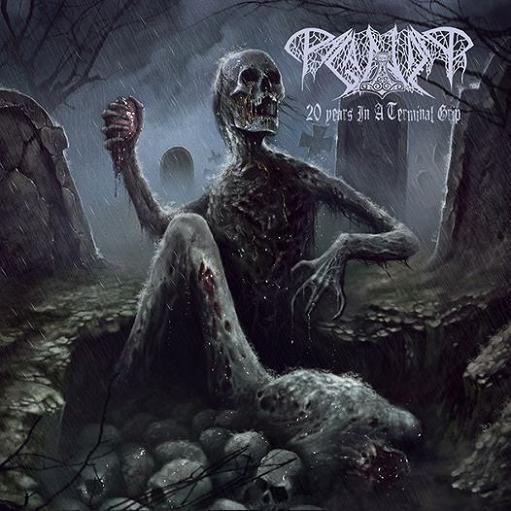 PAGANIZER – 20 Years in a Terminal Grip

Paganizer is a true original in the swedish death metal scene. Starting out back in 1998 the death metal outfit have released 9 full-lengths all containing crushing and relentless death metal.
The band is primarly the brainchild of Rogga Johansson (who has so many band credentials I won´t even start listing them).
Personally I have allways enjoyed Paganzier in small doses from time to time and it was quite pleasing receiving this best of album, "20 Years in a Terminal Grip" (Terminal Grip is btw what Paganizer started out as in 1997).

"20 Years.." contains a lot of material from the bands history (46 songs in total) so you´ll get your money´s worth without doubt. This two cd compilation is just what any aspiring Paganizer fans should check out. Here you get all the best of Paganizer in one massive dose and if you don´t like Paganizer after going thru "20 Years in a Terminal Grip"then you probably won´t ever.
This is second wawe swedish death metal done the only way it can be done, with a terminal grip. Enjoy!

WHILE HEAVEN WEPT – Suspended At Aphelion