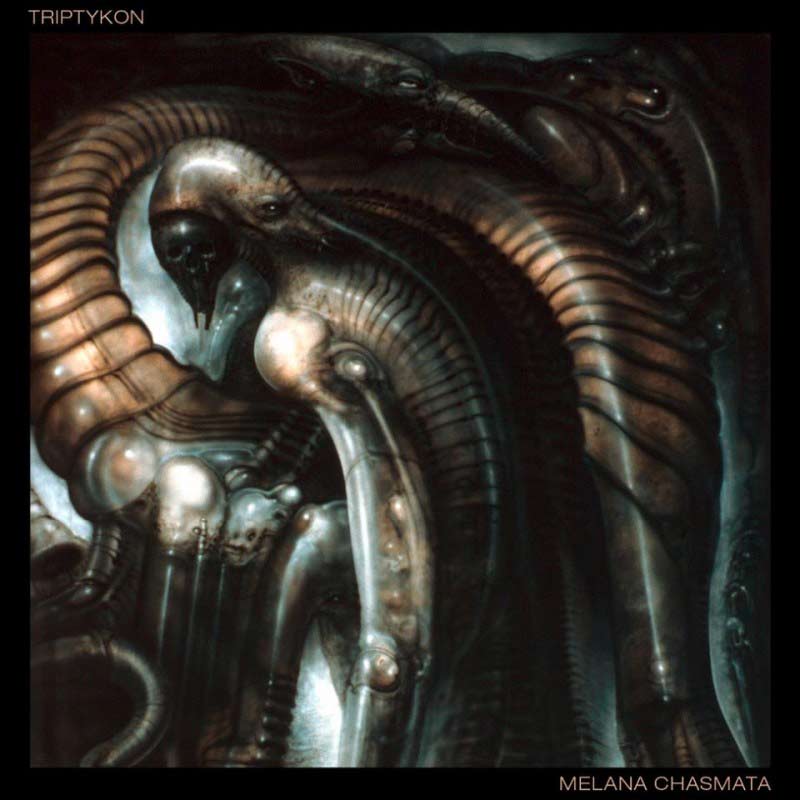 Triptykon formed in the aftermath of Tom G. Warriors departure from the mighty Celtic Frost in 2008.
For many (me included), Triptykons debut "Eparistera Daimones"(2010) can be best described as an direct follow up to CF´s last album "Monotheist" (2006). Yes, it´s that good!
Tom´s ability to create formidable music is for many no wonder, but you have to wonder how he manages to turn all he touches into pure gold. Triptykon is that good and their second full-lenght "Melana Chasmata" is a pure work of genious.
Everything about this record is just stunning. The atmosphere it creates, the dark thoughts you get, the gloom that destroys your mind. Everything performed with such finesse and passion that you can not not believe in it.

The songs differ quite in both genre and arrangements, but "Melana Chasmata" is not an album that you should just listen to by single tracks. It´s best part is the sum of all its parts. This is so many genre´s mixed together and with an atmosphere added on top that makes it (most probably) one the the "best album" contenders for 2014.10.03

You must listen to Triptykon´s "Melana Chasmata"!