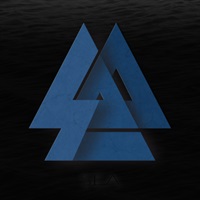 Throwback, retro / classic hard rock has taken the world by storm. Raiding your parents (or grandparents) record collections, submitting to the sounds of Black Sabbath, Led Zeppelin, Deep Purple, and Thin Lizzy and using that influence to create new riffs and songs in that same 60’s/ 70’s spirit. The Danish quartet Sea wish to keep that guitar driven style alive on this self-titled, 8 song debut album.

Hints of "Highway Star" appear in the verse riff and mirroring Anders Brink vocal melodies for "Eyes of Sedona", while Rival Sons propulsive bottom end, rhythmic nature hits home on the follow up "Another Song to Sing". Recording the album in a week at Dead Rat Studio gives Sea a plug in and play atmosphere – you can definitely feel a strong chemistry between the foursome, sometimes a little more progressive on the moody "House of Air" where bassist Maico Thyge acts as a foil to the guitar team of Mr. Brink and compatriot Anders Kargaard throw down some serious B.O.C./ Kansas-like ingenuity. I even enjoy the jam-like build-up of "Ride On", everything from the guitar squeals to slower, semi-doom tempo is as relevant in 2014 as it would have been 40 years prior.

Will this 8 song effort stand the test of time? I guess the public will make the final decision in terms of their wallets and attention – but I think Sea has a lot of musical integrity, obvious natural talent, along with Brink’s outstanding, emotional, and bluesy hard rock voice leading it all home.