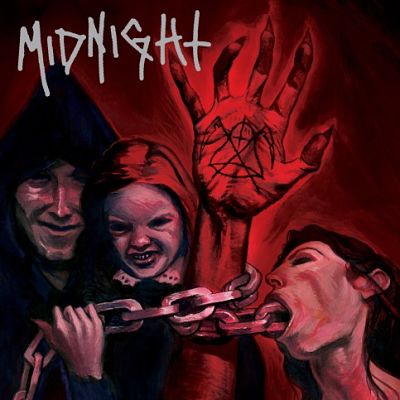 MIDNIGHT – No Mercy for Mayhem

Midnight, the "onemanband" consist of mastermind Jamie Walters.
His Midnight plays a mixture of blackthrash and punk and it just works, not more to say about it really.

Since starting out back in 2003, Midnight have released too many to mention splits,EP´s and the debut "Satanic Royalty" in 2011.

Now mid 2014 he unleashes his second full-lenght "No Mercy for Mayhem", 11 tracks of pure, relentless fury and intensity.

Midnight have the ability to make primitive thrash interessting and quite enjoyable.

The overly satanic lyrics just adds to the mix the ingridient to spice up the fast paced riffing and primitive drumming. The production on "No Mercy for Mayhem" is just clear enough for this form of extreme blackness and like what I wrote a couple of sentences back, this just works and is recommended to the max.

Formidable metal that you just have to bang your head to.