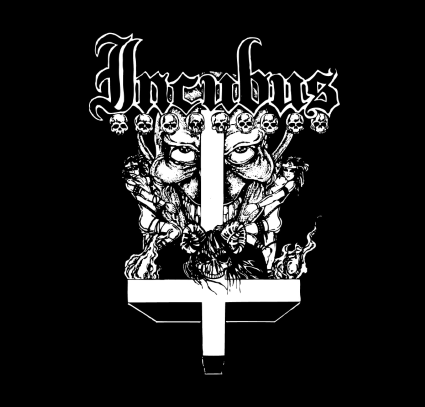 Incubus did everything right on three songs for a demo and then split up and was never to be heard from again as a band.

The first real death metal demo aptly titled "Incubus" (together with first Mantas release) saw the day of light back in 1987. The US trio then released the same three songs two years later on their cult S/T (also often refered to as "God Died on his Knees") EP and this "classic" is now re-relased once again for your listening pleasure.

The EP is produced by Jim Morris, later to be THE death metal producer.

With fabolous drummer Mike Browning (later Morbid Angel, Nocturnus) behind the set this EP still holds down the fort some 30 years later and even though it has been the blueprint for death metal since it´s still among the most chrushing demo´s ever.

The vocal is angry as f**k and the tempo is all over the place. They manage to keep it tight even and the relenetless riffing that goes on behind all the fuzz is just formidable. The thrash influences are of course prestent but this is no hybrid, this is one of the first real death metal recodings ever. Just let it sink in.

Incubus did nothing else after this EP but "God Died on his Knees" is a piece of death metal history and even if you like the old way of doing extreme music or not, you should really give this a listen. If not for the great music but for the factor of giving the old gods a salute.