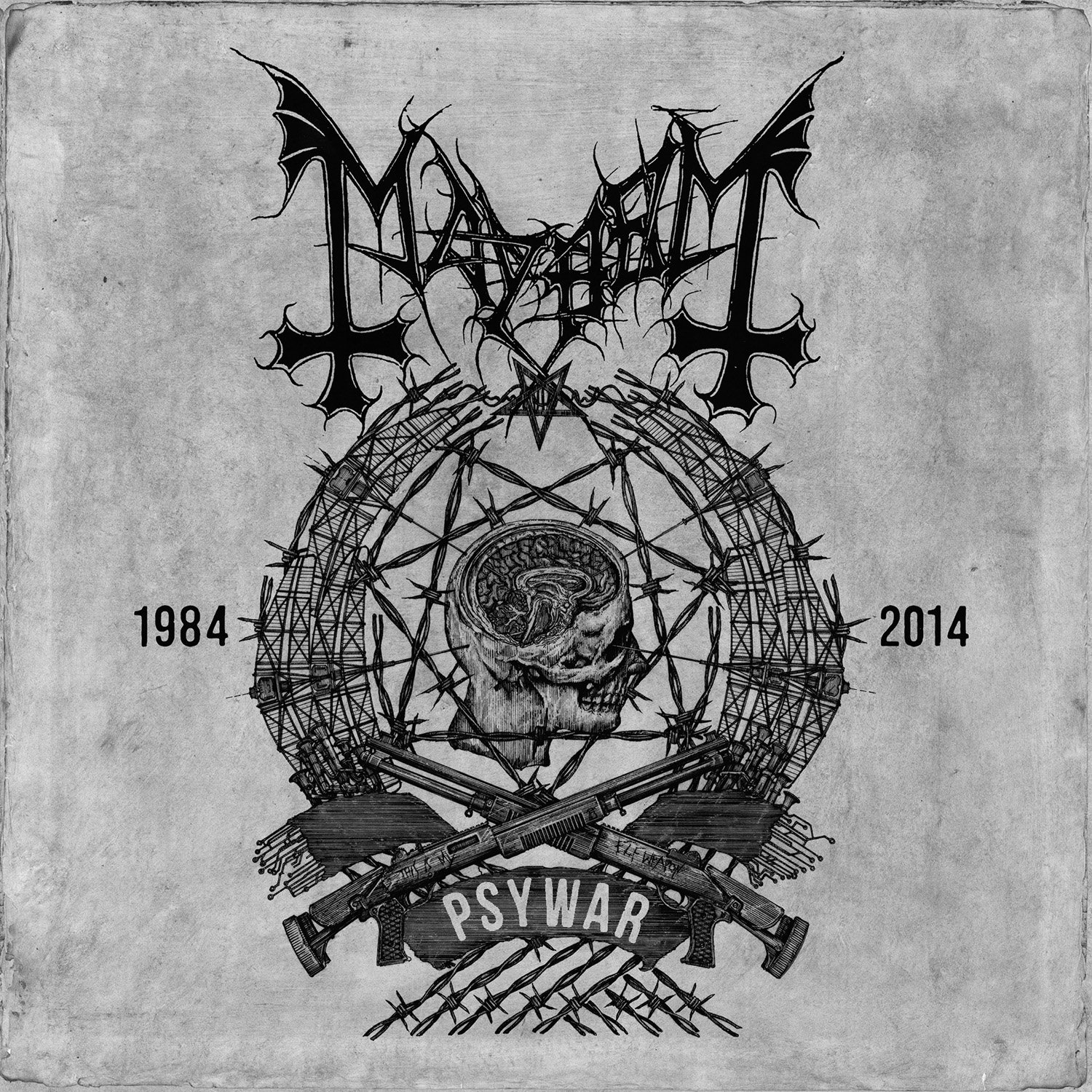 Fucking finally! I have been waiting a long time for some new material by the legendary Mayhem following their brilliantly conceived "Ordo ad Chao" masterpiece, which came out way back in 2007. Man, how time flies! Anyway, "Psywar" is a 2-track EP (or single, or depending on your point of view) containing the title track, which is lifted from their upcoming album (albeit the album version of "Psywar" will have a slightly different mastering), and an exclusive song dating from the deliciously obscure Budapest-sessions that were eventually scrapped.

"Psywar" is simply an awesome composition consisting of great riffs and melodies, otherwordly vocals, delightfully twisted and dark atmospheres, and lots of variation. It actually has a slight sense of melancholy to it as well, but maybe that is just me. I love the way in which the song is structured and arranged in that it makes for an unpredictable and thrilling listening experience.

"From Beyond the Event Horizon" is not as interesting as "Psywar" and sounds a bit disjointed in places, but it does have its moments and I do not consider it a bad or boring song by any stretch of the imagination. The riffs and vocals are not as engaging as those of "Psywar", but they are nevertheless pretty good, but the song seems to lack a climax of sorts. It never really takes off like so many other Mayhem compositions do.

"Psywar" strongly indicates that we have something to look forward to in the shape and form of the upcoming Mayhem album, "Esoteric Warfare", which will be released in May. The "Psywar" EP/single will be released on vinyl in late April.