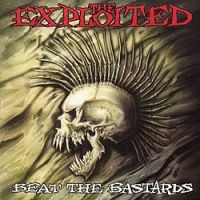 ‘Beat the Bastards’ was originally released in 1996. The production was much richer and thicker this time around, and it felt as if the band had more fully integrated their influences. The d-beat was back at the fore, with nary a Lombardo influence to be seen. While the Metallica/Exodus influence can be heard in the riffing, the choruses are more in the hardcore punk mould. From a personal point of view, I think it was a shame the band didn’t use a skank beat to add variety and speed in a few places on this record, but overall the chunky sound and well crafted choruses make this one a winner in my book.

This latest reissues comes with a bonus live DVD (which wasn’t part of the promo so I can’t comment on that).