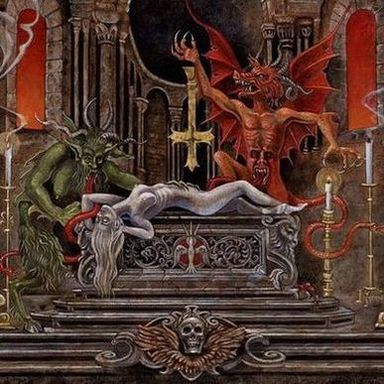 Paul Ledny (ex Incantation) and his unholy alliance Profanatica is back with their third opus of necro ridden black metal done the American way.

The musical expression is pure blasphemy with monotone drumming, simple but effective riffing and a grim rasp of vocal layered on top to manifest the unholyness. Personally I can dig some of this but in small doses only. It gets to repetitive (but not in a good Burzum way) and even though the riffs are allover pretty good they seem to drag out and then loose some of the hypnotic touch they first created.

The production is just murky enough to create the atmosphere needed without sounding to old-school or primitive for the sake of being just that.

THYRIEN – Hymns of the Mortals