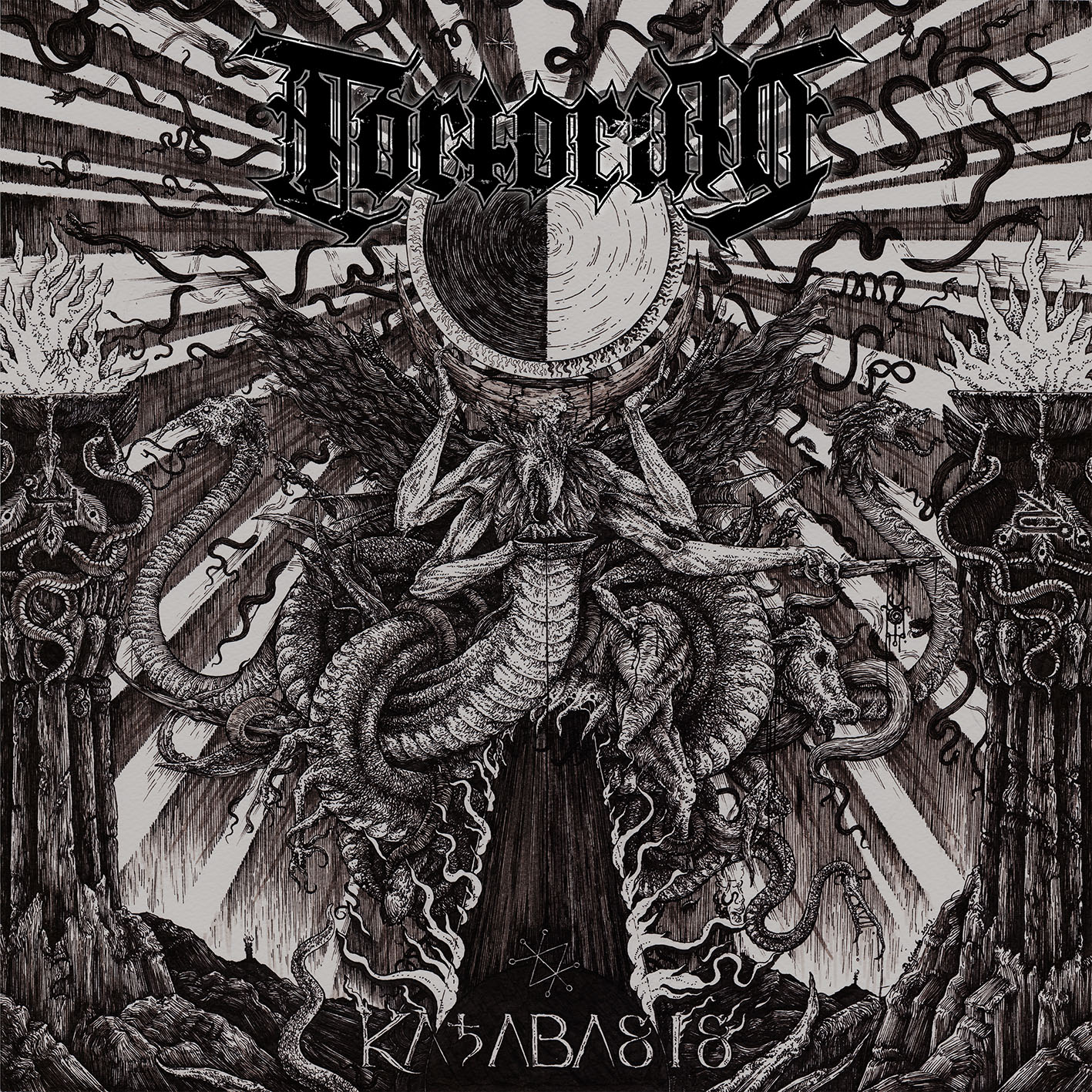 I was pretty excited about checking out this latest offering by the black metal squadron named Tortorum in that I thought that their debut album was quite nicely done and well arranged. Luckily, this new assault of theirs, which is entitled Katabasis, is even better than the aforementioned debut. The album contains 9 songs that are nearly all between 5 and 10 minutes long.

Tortorum performs intense, atmospheric, and fittingly dark black metal with a lot of variety and dynamics to it. The music is raw and filthy, but in no way it is badly produced and it most certainly does not lack any punch. There are times when Tortorum remind me a little of great bands such as MGLA and Kriegsmaschine, but Tortorum has a way of arranging and structuring their songs that make them stand out. Also, the riffs and melodies are generally pretty damn good and the band manages to strike a fine balance between the catchy and the harmonic on the one hand and the strangely unsettling and dissonant on the other. I would have preferred to have the bass more upfront, though, but that is a minor complaint. The mid-paced parts add variety to the morbid soundscapes and the vocals are convincing as well. You want proof? Check out "Into the Sixth Coil" and "Open Wide the Gates of Chaos"!

Instead of going through a track-by-track analysis let me just point out that the closing track, "Beyond the Earth and Air and Sun", is a modern-day black metal masterpiece and easily one of the best compositions within the aforementioned genre that I have had the pleasure of listening to for quite some time. While the album as a whole may not be original or innovative as such, Katabasis is a damn fine slab of sinister black metal crafted by gifted musicians.