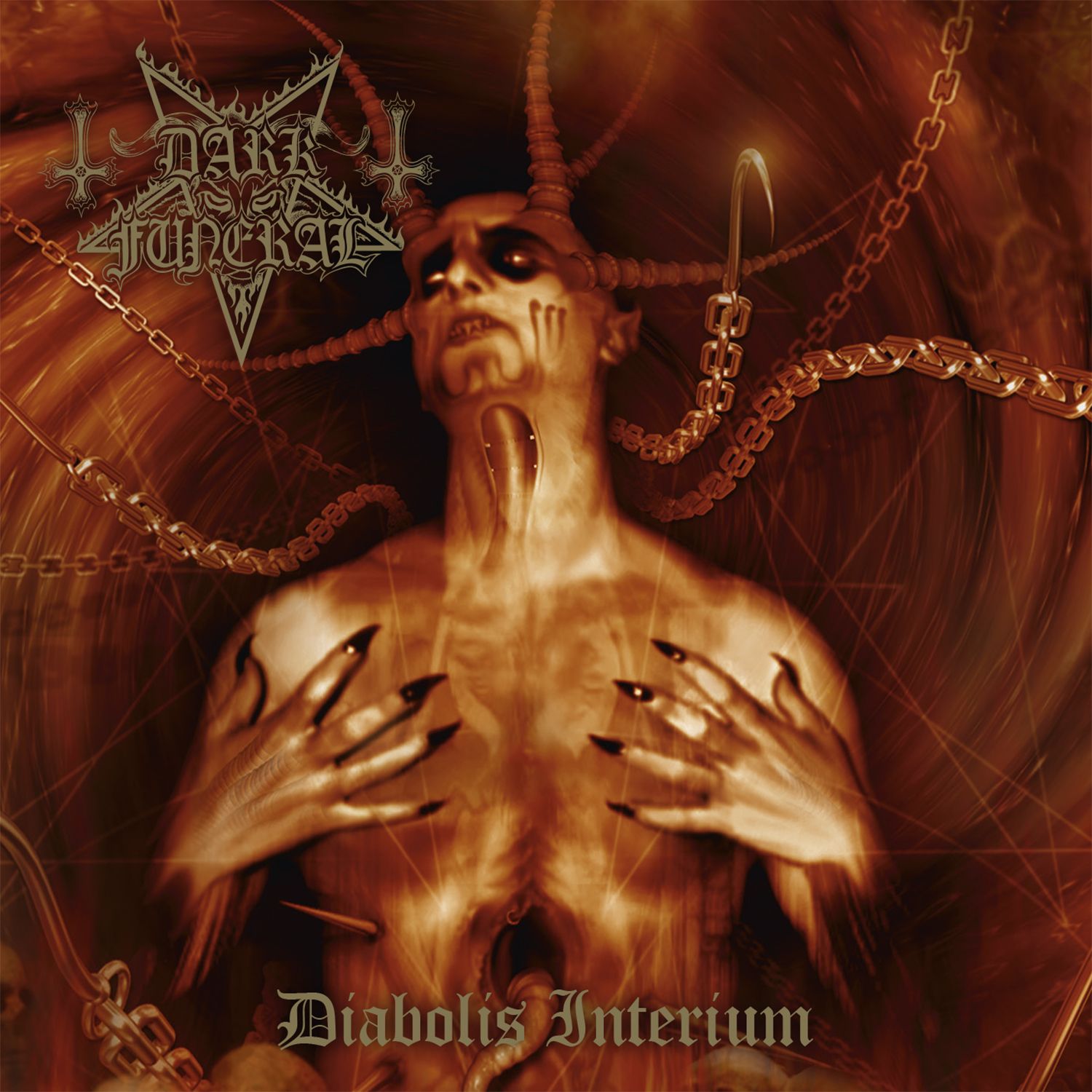 "Diabolis Interium" is one of the better outputs by Dark Funeral and still sounds quite fresh even though it came out more than ten years ago. As opposed to "Attera Totus Sanctus" and "Angelus Exuro Pro Eternus" the songs on "Diabolis Interium" have more substance and texture to them and there are plenty of icy cold riffs and nicely done atmospheric parts to be found on this disc. The lyrics are somewhat horrible, but that goes for nearly every Dark Funeral album out there. One thing that I need to draw your attention to is that the vocals are better on this album than on later Dark Funeral albums. They sound more convincing and varied on "Diabolis Interium" for some reason.

The strong point of this album is in the riffs and melodies no doubt. I also like the production in the sense that it is slightly less polished and sterile compared to "Attera Totus Sanctus" and "Angelus Exuro Pro Eternus". Also, most songs on this album are good, which makes for a solid and entertaining listen throughout. The bonus tracks include the entire "Teach Children to Worship Satan" EP, which is a lame release, and three good live songs. A good and solid album all in all.