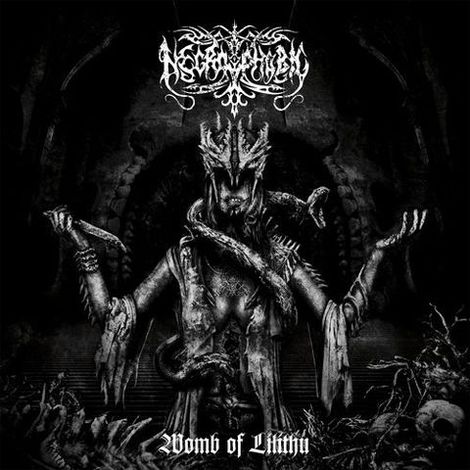 A more melodic and in lack of other terms, a more "acessable" release from one of  swedens´s ultimate blackened death metal pioneers Necrphobic.

Drummer Joakim Sterner & Co started out back in 1990 and debuted with the fantastic "The Nocturnal Silence" three years later. Not interessted in following the death metal trend of the time, Necrophobic blackened down their death metal and have keept true to the formula since.

"Womb of Lillthu" is Necrophobic´s seventh output and as noted above, this is by far the most accessable album they have released in terms of melody and arrangements.

The intensity is also adjusted and the chaos factor is not so prominent as earlier.

Personally I can dig this, it´s still Necrophobic, just not the old Necrophobic we all know and love. The riffing is not as intricate as earlier and the drumming is clearly keept in check on purpose. Both the blasts and fills are done in a more "easy listening" fashion.

The vocal is by definition your standard death metal growl, not too deep but possible to dechiper and quite easy on the ear.

The material on "Womb of Lilithu" is written with the man below in mind and also quite well if I might add.

Sterner & Co does not take Necrophobic a step back in my book but I´am sure that some diehard´s out there will think this is going in the wrong direction.

I for one does not, this is enjoyable death metal with a less black influences than earlier but other than that, a well written and performed opus in the Necrophobic catalog of extreme music.