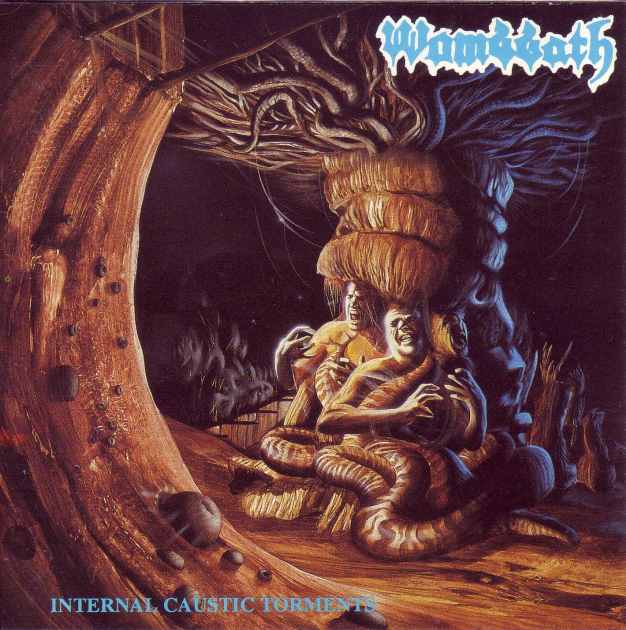 Wombbath´s one and only full-length release "Internal Caustic Torments", originally released back in 1993 is a raw and evil lession in musical violence.

These swedes took the best from both the Florida and South American scenes at the time, put it in the blender and smeared it with some European coldness on top.
The output is a 40 minutes cult masterpiece of relentless and (now) old school death metal.
They got the sound just perfectly with both the guitars and drums sounding evil as hell. The vocal is deep but not overdone so the lyrics are possible to decipher and they are well written. They provide a fantastic supplement when churning thru the 9 tracks on the original release (this re-release also have some extra material).

The music and the guys performing it are as hinted above great but what "Internal Caustic Torments" does best is creating an atmosphere like few have done since.

The brutality is keeped in check but you can feel it twisting and turning under the many great riffs so the setting just gets unsetteling (and that is a good thing).

Wombbath split up around 1995 and have since layed dorment and that´s a shame because these (then) younglings really proved to the world that they got their death metal game in check.