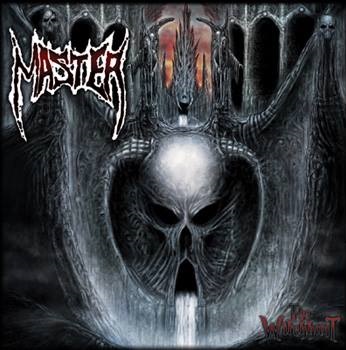 Paul Speckmann is a true pioneer in the field of death metal.

From Abomination and Death Strike to Master, Speckmann´s been part of history in the making and his contributions to the genre cannot be praised enough.

His longest running constillation is Master who with "The Witchhunt" now have twelve full-lengths under their belt since the self titled debut back in 1990 (yes, we all know about the "Unreleased 1985 album" that was finally released in 2003).

Speckmann and Master have become notorious both for the relentless and right on death metal but also for containing political expressions and a critial view on society.

This have both been to some extent a bit "boring" but also kept their lyrics more interessting reading than the more common death and gore content that the genre is well known for.

Musically Master have allways kept it true and "The Witchhunt" is no execption. This is prima death metal with Speckmann really delivering on the vocal part. The hightlight of the album is actually his work with the microphone. Earlier work have proven Speckmann to be an excellent death metal vocalist but he´s really upped his game on this one. The growl is more high pitched and with a much more menacing undertone with added agression on top.

The material is also more menacing and heavy than some of the earlier albums from this century (evil is actually a fitting description).

Most of the songs works well and they all stretch the formula with incorporating some new thinking. The sound is great, all the instruments get their time in the spotlight and especially riff maestro Alex do show himself as a marvelous shredder.

All in all a great album, witch shows that Master still know how to handle the genre and continue to sound fresh even though (the name ate least) is soon to push 30 years in the game.

All hail the Master!